The UCLA School of Nursing has received $2 million from the Shapiro Family Charitable Foundation to endow a faculty chair in developmental disability studies.

The Shapiro Family Endowed Chair in Developmental Disability Studies will enable UCLA Nursing to build upon its national and international leadership and to inform care for people with developmental disabilities and their families. The gift augments the foundation’s previous generosity to the school, which created a scholarship for nursing students and established an endowment to fund programs and activities in disability studies.

“The Shapiros’ generous gifts to the UCLA School of Nursing will accelerate evidence to improve and support health care for these individuals,” said Linda Sarna, the school’s dean. “The chair and scholarships position the school as a champion to advance educaation, research, practice and health care policy in the area of developmental disabilities.” 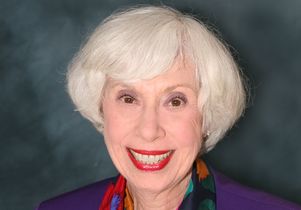 Ralph, Shirley and Peter Shapiro were inspired by the long-time work of Mary Ann Lewis, a UCLA nursing professor whose studies on nurse-managed care for the developmentally disabled resulted in health care protocols that are used by nursing students and nurses throughout California.

“Individuals with developmental disabilities have a variety of health issues that are more serious and complex than those of the general population, from the moment of birth throughout their lives,” Sarna said. “Because of their ‘whole person’ approach, nurses are perfectly positioned to impact their care and quality of life.”

In 2017, a $100,000 gift from the Shapiros established the Dr. Mary Ann Lewis Endowment in Developmental Disability, which supports programs, scholarships and other activities. And earlier in 2018, with a $100,000 gift through United Cerebral Palsy of Los Angeles, the family funded the UCPLA Deborah Rasmussen Scholarship in Nursing to support students who are interested in working with people with disabilities.

Ralph Shapiro is a longtime member of the UCLA Foundation board of directors, and he has served on several other UCLA advisory councils.  He earned his bachelor’s degree in business administration in 1953 and his law degree in 1958, both from UCLA. His wife, Shirley, who received her bachelor’s degree from UCLA in 1959, serves on the boards of UCLA Women and Philanthropy, the UCLA School of the Arts and Architecture, and the Fowler Museum at UCLA.

The Shapiros and their children Alison and Peter are the founders of the Shapiro Family Charitable Foundation, and Peter is the president.

The Shapiros’ gifts are part of the $4.2 billion UCLA Centennial Campaign, which is scheduled to conclude in December 2019 during UCLA’s 100th anniversary year.