When children are placed in juvenile detention centers, jails or prisons before their teenage years, they are much more likely to experience serious physical and mental health issues as adults, according to a new study by UCLA researchers.

“Those at risk for imprisonment during childhood need special attention from the health care sector,” said Dr. Elizabeth Barnert, principal investigator of the study and an assistant professor of pediatrics at the David Geffen School of Medicine at UCLA. “The rates of poor health outcomes among people who’ve been incarcerated tell us there’s a huge need for us to take better care of them — both as kids and as adults.”

There has been a growing international movement to find alternatives to juvenile incarceration — or the detainment of minors in juvenile halls, probation camps and other juvenile justice facilities — for the youngest offenders. Many countries are raising the minimum age at which adolescents can be incarcerated and are deferring children to other programs for rehabilitation. 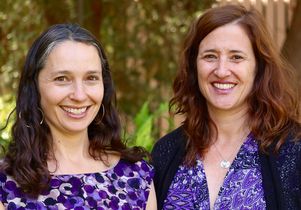 “From the data we have available, it’s hard to pinpoint exactly why those who enter the juvenile justice system at a young age face greater health challenges,” said Laura Abrams, also a principal investigator of the study and a professor and chair of social welfare at the Luskin School. “It’s likely a combination of trauma, which can lead to troubled behavior and long-term health problems, and the lasting effects of the conditions of early imprisonment.”

Among the respondents who had been incarcerated at the youngest ages — seven to 12 — the rate was even higher; half experienced suicidal thoughts and ideation in adulthood.

“Incarceration has human costs at all ages, but with children, it’s particularly problematic,” Abrams said. “Children need spaces to grow and thrive — not to be confined in jail-like settings.”

While this new analysis does not prove a cause-and-effect relationship between early incarceration and poor health later in life, mounting research gives experts a sense of the factors involved.

One such factor is who gets incarcerated in the first place — for which research has shown there is bias. A study in the journal Criminal Justice and Behavior found that of children with psychiatric disorders, those of a racial or ethnic minority are more likely than those who are white to be incarcerated rather than diverted to the community for treatment. As such children are placed into juvenile justice facilities, their health issues may be left untreated or worsen.

“We’re only now starting to understand the full effects of juvenile incarceration on the person, and from a health perspective, the needs of this population are largely going unmet,” Barnert said. “We need a system that effectively addresses their health challenges as early as possible — ideally preventing adolescents from ever reaching juvenile hall.”