The recent news about an international tourist with measles who visited Santa Monica raised anew concerns about the potential for an outbreak of the disease, which has been all but eradicated in the United States.

Measles remains endemic in many parts of the world, including popular tourist destinations in parts of Western Europe, and travelers need to be aware of the risks posed by the highly contagious disease. In the Santa Monica case, the traveler had visited several restaurants and hotels in Santa Monica from Aug. 8-10. 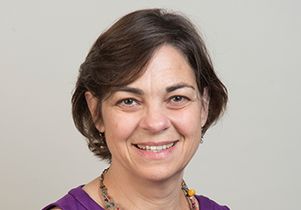 "Measles is one of the most contagious disease we have, and the communicability is so high," said Dr. Deborah Lehman, a professor of clinical pediatrics at the David Geffen School of Medicine at UCLA and an expert in infectious diseases. "If a person in a restaurant has measles, even if you are not sitting next that person, you can still get infected if you do not have immunity to measles."

The number of measles cases in the U.S. has remained relatively stable since 2015, although 214 cases have been reported so far in 2018, more than in any full year since 2014, according to the Centers for Disease Control and Prevention. However, in Europe, more than 41,000 cases of measles were reported in the first six months of 2018, far exceeding the nearly 5,300 cases reported for all of 2016, according to the World Health Organization. At least 37 deaths in Europe have been attributed to measles so far in 2018.

It's unlikely that the Santa Monica incident, which prompted an alert from Los Angeles County public health officials, will spark an outbreak in Los Angeles, because the incubation period of two to three weeks has passed, Lehman said. Even so, with the resurgence of measles in Europe, it is possible that U.S. residents who have traveled abroad, or international tourists visiting the region, could start an outbreak.

Those most at risk of contracting measles are people who are not immunized or not fully immunized against measles, Lehman said. The sharply rising number of cases in Europe is at least attributable in part to inaccurate information about vaccines and their harmful effects, which has led to fewer children receiving the recommended vaccinations, she said.

Lehman advises that people who are traveling in the coming months make sure that their immunizations are up to date, including two doses of measles containing vaccine for anyone 12 months or older. Children between the ages of six months and 12 months who will be traveling to a country where measles is circulating should get a dose of vaccine prior to travel. A single dose of the two-dose vaccination will likely provide some protection, she said.

Symptoms of measles include fever, cough, runny nose, red eyes and a rash that spreads from the hairline down to other parts of the body, Lehman said. "People with measles typically are pretty miserable and they don't look or feel well and have a cough, and light hurts their eyes."

Anyone who suspects that they may have been exposed to measles, or who has a set of symptoms that includes fever and rash, should contact their physician immediately, Lehman said.