Scientists at the UCLA Eli and Edythe Broad Center of Regenerative Medicine and Stem Cell Research have uncovered two specific markers that identify a stem cell able to generate heart muscle and the vessels that support heart function. This discovery may eventually aid in identifying ways to use stem cells to regenerate damaged heart tissue after a heart attack.

Dr. Reza Ardehali, the study’s senior author, and his team published their findings in the journal Stem Cell Reports.

“In a major heart attack, a person loses an estimated 1 billion heart cells, which results in permanent scar tissue in the heart muscle. Our findings seek to unlock some of the mysteries of heart regeneration in order to move the possibility of cardiovascular cell therapies forward,” said Ardehali, who is an associate professor of cardiology and a member of the UCLA Broad Stem Cell Research Center. “We have now found a way to identify the right type of stem cells that create heart cells that successfully engraft when transplanted and generate muscle tissue in the heart, which means we’re one step closer to developing cell-based therapies for people living with heart disease.”

The method is still years away from being tested in humans, but the findings are a significant step forward in the use of human embryonic stem cells for heart regeneration. The research team used human embryonic stem cells, which are capable of turning into any cell in the body, to create cardiac mesoderm cells. Cardiac mesoderm cells have some stem cell characteristics, but only generate specific cell types found in the heart.

The researchers pinpointed two distinct markers on cardiac mesoderm cells that specifically create heart muscle tissue and supporting vessels. They then transplanted these cells into an animal model and found that a significant number of the cells survived, integrated and produced cardiac cells, resulting in the regeneration of heart muscle and vessels. 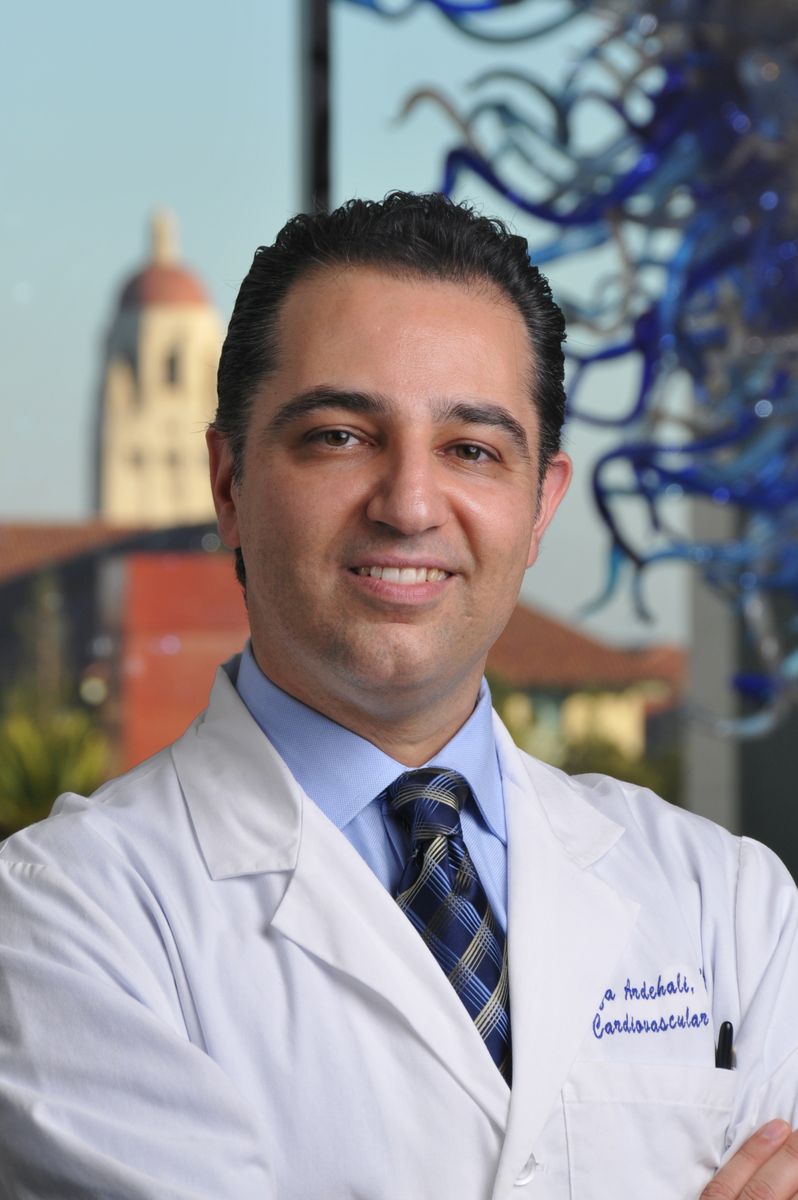 Ardehali, who is both a physician and a scientist, treats patients with advanced heart disease and also studies ways to cure or reverse heart disease. His goal is to one day be able to develop regenerative heart cells from stem cells and then transplant them into the heart through a minimally invasive procedure, replacing scar tissue and restoring heart function.

Another study recently published by Ardehali and his team helps further this goal by outlining a novel approach to image, label and track transplanted cells in the heart using MRI, a common and non-invasive imaging technique.

That study, which was published in the journal Stem Cells Translational Medicine, used specialized particles that are easily identified using an MRI. The labeling approach allowed Ardehali and his team to track cells in an animal model for up to 40 days after transplantation.

The first author on both studies was Rhys Skelton, who was a visiting graduate student in Ardehali’s lab when he completed the research. Skelton has since completed his studies at the Murdoch Childrens Research Institute in Australia and received a Ph.D. from the University of Melbourne. He plans to return to UCLA as a postdoctoral scholar to continue his research on human embryonic stem cell-derived cardiac cells with the hope of one day developing a cell-based therapy for heart disease patients in need.

“Our findings show, for the first time, that specific markers can be used to isolate the right kind of early heart cells for transplantation,” said David Elliott, a co-author of both studies, leader of the cardiac development research group at the Murdoch Institute and  Skelton’s doctoral supervisor. “Furthermore, our cell labeling and tracking approach allows us to determine the viability and location of transplanted cells.”

Both studies were supported by the California Institute of Regenerative Medicine and the UCLA Broad Stem Cell Research Center.