Across the U.S., families of troops serving in Iraq, Afghanistan, Syria, Uganda and other hot spots are emailing photos of their holiday feasts to their loved ones overseas — and asking them to respond with pictures of their own holiday celebrations.

The strategy is part of a UCLA-developed program aimed at easing the wear and tear on military families who are grappling with challenges of multiple deployments and combat-related injuries, all of which can stir destructive and difficult-to-control emotions.

“It’s really important to somehow keep the deployed parent salient in the minds of their children, and to incorporate the absent parent into holiday rituals,” said Catherine Mogil, a UCLA child psychologist.

A new study about that program shows that it really does help improve people’s ability to bounce back from challenges. The report will be published in the January issue of the Journal of the American Academy of Child and Adolescent Psychiatry.

A team of 12 researchers from UCLA, Harvard University and the military found that the FOCUS program reduced by one-half the number of troops, spouses and children suffering from the most problematic psychological and emotional symptoms. And the improvements actually increased over time.

“We knew we were doing good work at the military bases because we could feel it, but it’s really exciting to have such strong data demonstrating the power of the program,” said Mogil, a co-author of the study and director of training and intervention development at the Nathanson Family Resilience Center at UCLA.

Families OverComing Under Stress, or FOCUS, is an eight-week program developed at UCLA and administered since 2008 under a contract from the Bureau of Navy Medicine and Surgery. Delivered by specially trained behavioral health professionals at military bases, the intervention teaches the entire family approaches for overcoming misunderstandings, diminishing tensions, handling difficult emotions and banding together. 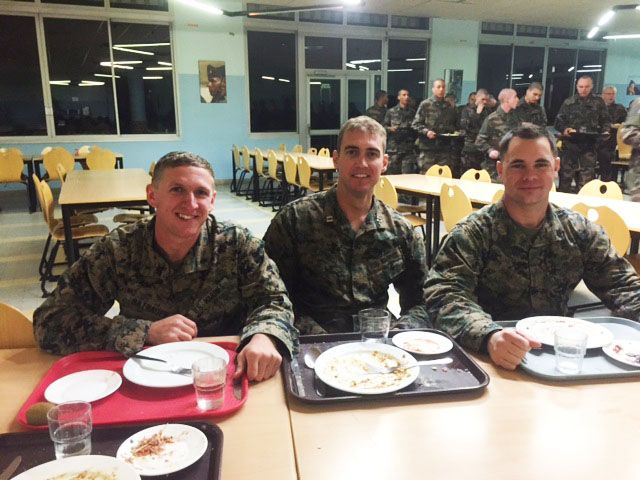 Some of the lessons, such including deployed parents in family events, are also a part of other interventions. Others, such as creating a “narrative timeline” of family experiences, were created for FOCUS.

At the core of the program is coaching for each family member on how to explain the ways in which deployments or other challenging experiences have affected him or her, which is intended to shed light on misunderstandings, allow others to understand unappreciated burdens they’re carrying, build empathy and compassion, and, ultimately, help the family understand its strengths and weaknesses.

“One family might be dealing with identifying new roles and responsibilities when a deployed parent returns from a deployment and could need to work more on communication and problem-solving skills,” said Patricia Lester, the study’s lead author, a professor of psychiatry in UCLA’s Semel Institute for Neuroscience and Human Behavior and director of the Nathanson Center. “Another might need the most help with regulating emotions and keeping their cool when stressful situations arise.”

The study is believed to be the largest long-term evaluation of a prevention program to enhance psychological health for military families. Researchers looked at 2,615 families at 15 Navy and Marine Corps bases who participated in FOCUS between 2008 and 2013. Family members filled questionnaires designed to identify psychological distress when they began the program, and again immediately following the training, one month later and six months later.

A total of 3,810 children were evaluated as part of the study, and they were also found to be suffering. According to information provided by the parents, 35 percent of boys and 25 percent of girls had behavior problems (frequently losing their temper or seeming depressed, tearful or unhappy, for example) and 19 percent of boys and 12 percent of girls were lacking in so-called pro-social behaviors, such as being considerate of other’s feelings or sharing with other children.

“In these numbers we really see the toll that the multiple deployments take on families,” said William Saltzman, a co-author of the study, associate director of the Nathanson Center and one of the developers of FOCUS.

The program did help families substantially in several areas, evaluators report. Among them:

“Resilience approaches that work with the family as a whole strengthen the whole system, helping to support both parents and children as they navigate the challenges of wartime deployments and reintegration to life at home,” she said.