The health systems of six Latin American and Caribbean countries have made substantial progress toward universal coverage — providing free or subsidized healthcare to the majority of their populations — but continue to face challenges managing more complex health needs such as those related to cardiovascular disease, cancer, stroke and depression, a new study from the UCLA Fielding School of Public Health and the Inter-American Development Bank finds.

Though the health systems in Brazil, Colombia, El Salvador, Jamaica, Mexico and Panama have considerable strengths, citizens still reported gaps in the way primary care is organized, financed and delivered in those countries. People reporting greater problems accessing primary care also reported receiving effective and timely healthcare or basic preventive measures such as blood pressure and cholesterol checks less often. People’s experiences of primary care also translated to their assessment of the entire health system; those who had better experiences at the primary care level were less likely to say that their health system needed major reforms.

“The fact that these countries are facing an increased burden of chronic conditions will ultimately affect their economies without continued social investments and that can be a challenge during the current economic slowdown,” said James Macinko, professor in the departments of health policy and management and of community health sciences at the Fielding School and the study’s lead investigator.

The study appears in the August issue of the peer-reviewed journal Health Affairs.

Frederico Guanais, lead health specialist at the Inter-American Development Bank and the study’s co-principal investigator noted that while there is “no one right way” to organize a health system, investments in universal health systems with a strong emphasis on primary care have been shown to result in better health and more equitable outcomes across population groups. He added, however, there is still little research into the effectiveness of different health systems’ approaches toward managing chronic conditions. 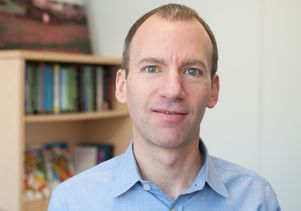 “These countries represent very diverse approaches to health systems, from national health services in Brazil and Jamaica to social security and public insurance schemes in Mexico and Colombia,” Macinko said. “There are certainly lessons to be learned that each of these countries may be able to adapt from each other. It’s also likely some of these experiences could be adapted to improve care in the United States and elsewhere.”

Adapting a version of the 2013 Commonwealth Fund International Health Policy Survey, 9,000 participants from both rural and urban areas in the six countries were asked about primary care accessibility, continuity, patient-centeredness, problem resolution, and coordination of care. Overall response rates ranged from 29 percent in Colombia to 44 percent in El Salvador.

The study has some limitations. For instance, it was a cross-sectional study based on self-reported data, so the researchers could not assess causality between the peoples’ experience of primary care and aspects of their health systems; response rates were reasonable but somewhat low; country comparisons might have been complicated by different perceptions of the need for healthcare; and recent economic and political crises may have influenced people’s responses.

Still, the survey uncovered substantial gaps in primary care among six very different health systems, the authors write. “Moreover, respondents’ reports of primary care experiences were strongly associated with assessments of how their health systems function, protect them from financial hardship, and deliver high-quality and appropriate health care. These gaps require urgent attention as the population of Latin America and the Caribbean continues to age at an unprecedented rate.”

The Inter-American Development Bank supported the data collection for this study.

The co-authors are Frederico Guanais of the Inter-American Development Bank, Pricila Mullachery of New York University and Geronimo Jimenez of Nanyang Technological University in Singapore.