How this DGSOM student practices ‘a physician and _____’ 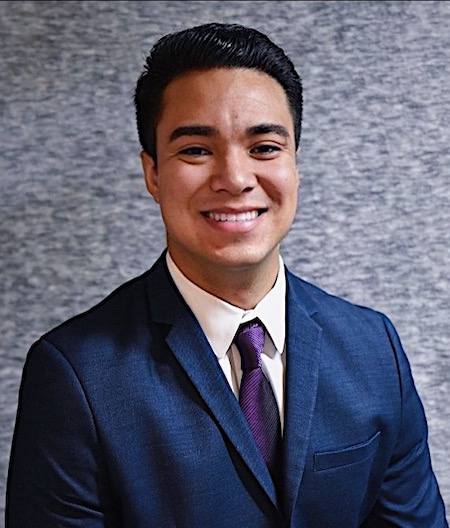 Christian Tejeda, a third-year student at the David Geffen School of Medicine at UCLA, is the winner of a 2021 Herbert W. Nickens Medical Student Scholarship. (Handout photo)

Christian Tejeda, a third-year student at the David Geffen School of Medicine, was inspired to pursue medicine as an undergrad at UCLA. While studying psychobiology, global health and music history, he learned of the university’s Mobile Clinic Project, which provides weekly health care and social services to people experiencing homelessness in Los Angeles.

Once he started volunteering with the project and heard the “heartbreaking” stories from clients, he realized that he “wanted to be an advocate and community organizer,” he says.

“This was my ‘I want to be a physician AND blank statement’ for me.”

The philosophy of the “physician and blank” statement is widely used at the David Geffen School of Medicine and refers to the idea that medical students train to not only become outstanding physicians, but also broaden their skillsets and worldviews beyond hospital settings by exploring other fields such as business or public health.

So far, Tejeda has co-founded several programs for underserved populations, created opportunities for historically excluded high school students interested in medicine, and has served as one of two Equity and Diversity Inclusion (EDI) class representatives for the DGSOM Medical Student Council.

Because of this work and his many community-led efforts, such as a mentorship program for historically excluded high school students, Tejeda was awarded a prestigious Herbert W. Nickens Medical Student Scholarship from the American Association of Medical Colleges (AAMC) this October.

The first director of the Office of Minority Health at the Department of Health and Human Services in 1986, Dr. Nickens was also was the first Vice President for AAMC's Community and Minority Programs until his death at the age of 51.

“Dr. Nickens increased the national attention on the need to support underrepresented racial and ethnic minorities in medicine,” Tejeda says. “His career is really inspiring.”

Every year since 2000, just five medical students in the country are chosen based on their leadership in efforts to eliminate inequities in medical education and health care. Tejeda says this award and Dr. Nickens’ legacy aligns with what he hopes to accomplish in his career.

He comes from Fountain Valley, California, where he was raised in a multi-cultural home with close-knit intergenerational relationships. His father is Mexican-American and his late mother was Vietnamese.

“We spoke three languages at home,” Tejeda says. He credits his “strong family traditions” with shaping his journey and the communities he hopes to serve.

During the two gap years he took between undergrad and medical school, Tejeda worked as a Staff Research Associate for the Center for Behavioral and Addiction Medicine at the DGSOM, testing the safety of a novel medication for the treatment of methamphetamine use disorder.

That experience, plus his volunteer work at the Mobile Clinic Program, are what led him to apply to the PRIME-LA Program at the DGSOM – his “dream program” because of its mission to train future physicians to work with underserved communities and address health disparities, he says.

While in medical school, Tejeda has focused his efforts on helping to shape the curriculum for future medical students, addressing institutional EDI concerns and creating community opportunities for high school students interested in medicine.

He says medical schools must integrate health equity into their mission to effectively influence the social determinants of health – like affordable housing and systemic racism.

“It galvanized student leaders to build coalitions and respond.”

As an EDI representative for the Medical Student Council, he co-created a curricular committee to develop a longitudinal anti-racism common book discussion series. The series was launched for 350 first- and second-year medical students and was centered around the themes of how to be an anti-racist, incorporating teachings from Ibram X. Kendi, the American author, professor and activist.

Teaching future doctors who are committed to actively practicing anti-racism is necessary to build a more equitable future for medicine, Tejeda says, starting from “assessing the knowledge and comfort levels of first-year medical students with addressing racism in patient care and discussing anti-racism topics with colleagues.”

Tejeda is pursuing an MD/MBA dual-degree as part of the PRIME-LA Program which will allow him diversify his skill-set and advocate for underserved populations in new ways. He hopes exploring different health care models and financing structures will teach him “how to use public policy to shape health care, resource allocation and insurance practices,” he says.

In the next five years he hopes to complete a combined residency in Internal Medicine and Preventive Medicine, while continuing to make change as a researcher and policy advocate for disadvantaged communities.