Parkinson’s disease affects about 2% of people older than 60, but it remains difficult to diagnose.

The disease is chiefly known by its early motor symptoms, such as tremor and rigidity, but Parkinson’s is progressive and can also cause dementia and cognitive decline. Patients experience these symptoms differently; some have mild symptoms for many years while in others, the disease becomes severely disabling in a much shorter time.

People’s genes predispose them to developing Parkinson’s, but environmental factors also contribute. Genes and environment can interact through epigenetics, a set of chemical controls on the DNA that allow the cell to turn genes on and off, or dial them up and down. 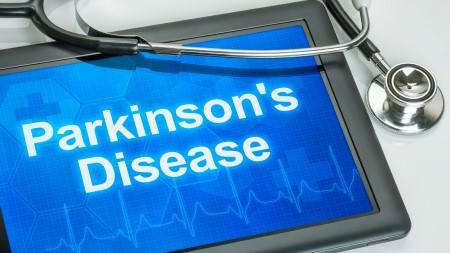 A person’s epigenetic profile changes in predictable ways with age and also with exposure to certain environmental chemicals, such as tobacco smoke.

One epigenetic modification is called DNA methylation. A methyl group is a tiny chemical tag containing one carbon atom and three hydrogen atoms, but it has a big effect when it’s added to a DNA molecule. A methyl group in just the right spot is a “don’t walk” sign, telling the cell to skip that gene. Similarly, removing a methyl group from a gene activates it.

The findings are published in the Journal of Parkinson’s Disease.

“We have a snapshot of the whole genome based on these markers,” says study author Kimberly Paul, PhD, assistant professor of neurology at the David Geffen School of Medicine at UCLA.

“Because methylation is a product of genes and environment, we think this is additional evidence that the environment plays a role in Parkinson’s,” says Gary Chen, PhD, the study’s first author. Dr. Chen, a former assistant professor of biostatistics who now works in industry as a software engineer, participated in this project as a volunteer.

“I was very interested in Parkinson’s disease because my father recently passed away from MSA (multiple system atrophy), which is similar to PD,” he said. “I wanted to find a way to give back.”

Patients were recruited as part of the Parkinson’s, Environment and Genes (PEG) study, which ran from 2001-2007, and PEG-2, which ran from 2011-2015. The PEG studies have collected information from more than 2,000 participants in California’s Central Valley, looking at the association between Parkinson’s risk and exposure to pesticides. It’s possible that pesticide exposure could induce epigenetic changes, though the current study didn’t evaluate that. 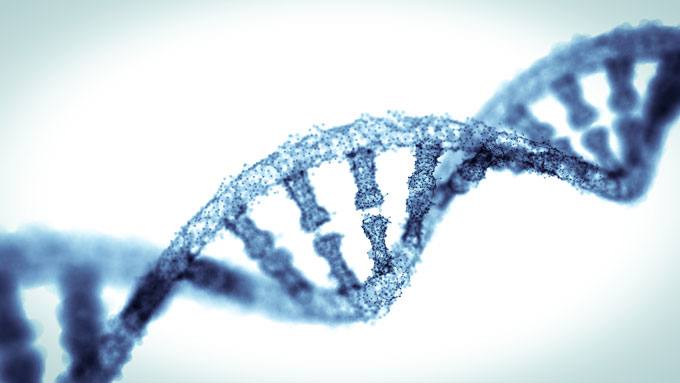 The researchers analyzed DNA from blood samples of 568 patients and 238 controls. They assessed DNA methylation at 486,000 locations throughout the genome. To quantify each person’s variation from normal, the researchers calculated a value called “epigenetic mutation load.”

“Epigenetic mutation load is counting up how many of those individual sites did someone have abnormal methylation,” explains Dr. Paul. “Basically, the range is zero to 486,000. For every site, maybe 1-2% of the population is considered abnormal.”

“We don’t see any particular gene or locus that is actually predictive,” says Dr. Chen. “Parkinson’s patients just have a lot more sites that are aberrantly methylated than a healthy control. The general mechanism for controlling methylation is somehow defective.”

A previous epigenetics study looked for certain locations in the genome that were improperly methylated in Parkinson’s disease. The new study took a unique approach, considering the overall pattern of abnormal methylation. The findings suggest that the problem may lie in the cellular systems that maintain proper DNA methylation.

“It's kind of random where the system is failing, but the fact that it is failing at a higher rate across the genome could be very important,” says Dr. Paul. “Methylation in certain regions of the genome are very important in PD, but maybe this overall maintenance is also important.”

While the results are informative, they don’t immediately suggest any new treatment directions. It’s possible that testing people’s DNA methylation patterns could identify people at risk for Parkinson’s disease before symptoms occur, or help identify which patients will have rapid progression of symptoms. More data will be needed to make such a test reliable for the general population, however.

Also, unlike genetic changes, epigenetic changes are reversible. For instance, after quitting cigarettes, a former smoker’s DNA methylation pattern will gradually revert back to that of a nonsmoker.

In theory, at least, abnormal methylation could be corrected, though that remains speculative for now.

“This study is not particularly large, so this is a promising direction for a larger study to replicate,” said Dr. Chen. “It’s exciting, because it’s the first study where we’ve seen this association. It’s a good study as a launch pad to generate more hypotheses.”