‘The majority of us will have some difficulties in terms of social interactions,’ says UCLA Health psychiatry professor Emanuel Maidenberg.

With COVID-19 positivity rates hovering just above 1% in Los Angeles County recently, many local businesses are looking to transition away from the remote-work structure dictated by the pandemic and start bringing employees back into offices.

But returning to shared workspaces might not be easy, physically or psychologically. While some employees are eager to resume water-cooler conversations and after-work drinks, many prefer the relative privacy — and safety —of working from home.

Emanuel Maidenberg, PhD, a clinical professor of psychiatry and biobehavioral sciences at the David Geffen School of Medicine at UCLA, predicts some people will have a hard time returning to face-to-face work, while others could have no problem at all.

“The majority of us will have some difficulties in terms of social interactions, in terms of restructuring life the way we developed during this year,” says Dr. Maidenberg. “So there will be some challenges. But I think most of us will be able to get to the point of being more comfortable with it fairly quickly.” 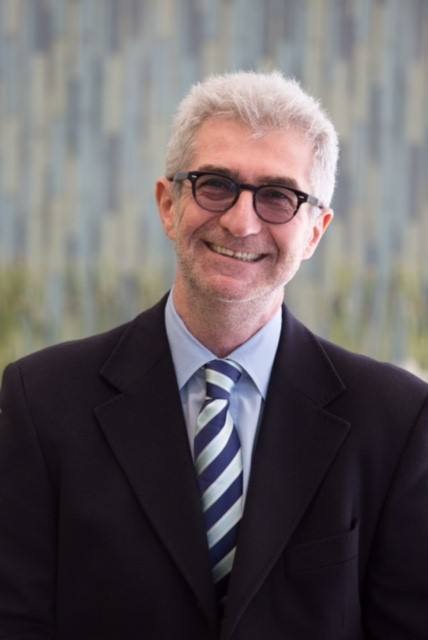 After a year during which many office workers had the rare opportunity to hole up at home, in sweatpants, safe in a pod with their housemates and pets, regularly returning to a public place where coworkers’ health and vaccine status are unknown is a stressful prospect.

It helps to acknowledge this fear as normal, rational and expected, Dr. Maidenberg says, and to allow yourself time to re-adapt to the workplace.

“Most of your colleagues and friends are likely to feel the same or similarly,” he notes. “Encourage yourself to re-engage at the pace that feels comfortable to you, but with the preference to engage rather than delay.”

While some who’ve been working from home are quite content to continue — particularly those who experience social anxiety — Dr. Maidenberg says continuing to defer returning to a communal work setting could exacerbate some social issues.

“Paradoxically, those who will prefer to stay at home if they have that choice, are likely to have more difficulties in the long run. Because social skills are skills. If they're not practiced for a prolonged period of time, we get a little rusty,” he says.

Emerging from tight pandemic restrictions, companies large and small are experimenting with hybrid work situations that allow for a combination of remote and in-office work, both to promote safety and for employee convenience.

In March, Ford Motor Co. said it will institute a “flexible hybrid work model” for its staff of 30,000 in North America, allowing them to work from home or in the office as they choose based on their role. Target is doing the same for its corporate workforce. Spotify announced its “work from anywhere” policy in February. And Facebook has said at least half its staffers will permanently work from home.

There can be benefits to sharing space with colleagues, however. Studies show that a positive social environment improves workers’ well-being and socializing in the office can boost productivity.

A different kind of workplace

For those returning to in-person work, the office setting is bound to look different, at least initially. Masks likely will be required, desks could be situated at least six feet apart and conference rooms may sit unused to avoid gathering too many people in too limited a space.

“We’re going to have to change the structure of our buildings,” says Richard Jackson, MD, a professor emeritus at the UCLA Fielding School of Public Health and former director of the U.S. Centers for Disease Control and Prevention’s National Center for Environmental Health.

More immediately, though, managers may opt to equip common spaces with high-efficiency particulate air (HEPA) purifiers, which remove viral particles and pollutants from the air.

Meanwhile, safety behaviors adopted during the pandemic are likely to continue for the near future, Dr. Jackson says, noting that “the elbow-bump is becoming the new norm” in lieu of handshakes.

“I would probably continue to wear a mask, even though I’m double-dosed with the Moderna vaccine, because it’s such a serious illness and there are variants going around,” he says. “But if you’re wearing a mask and keeping your distance, I would just get on elevators and go about my life as best I can, especially if you’re immunized.”

What about office birthday cakes?

Does this all mean every throat-clearing or sneeze in the office is cause for alarm?

Dr. Maidenberg anticipates such heightened reactivity will be short-lived. Once folks are back in the office, they’re likely to start acting like their old selves before long, albeit with a few pandemic adaptations such as wearing masks and using hand sanitizer.

“These behaviors that we’ve established — avoiding much contact with anything that can be contaminated and being very cautious— were adaptive during this past year, but probably will become less and less adaptive as the threat of danger goes down,” he says.

“The behaviors themselves may remain for some period of time, but I don’t think that a year is enough time to develop a completely new set of responses that may become irreversible,” Dr. Maidenberg says. “I think what we had prior to the pandemic is likely to return.”

That means office birthday cakes, coworker candy jars and even real-life conference-room meetings will one day make a comeback, he says.

“Context is very meaningful,” Dr. Maidenberg says. “When we go to the office context, everything associated with that context becomes more available.”