Resources include therapy sessions and a moms support group.

Marisa Peters, a 38-year-old mom of three, expected the delivery of her third child to be ordinary and uneventful, just like the births of her two other children. But right after her water broke at Ronald Reagan UCLA Medical Center on Feb. 6, 2020, she became quickly aware that this delivery would be very different.

The first sign was a high fever that escalated rapidly. Then she developed an infection and began experiencing full-body convulsions, which were followed by a painful singular contraction that lasted for one hour. During this time, the baby’s heart rate dipped, but she was lucky to catch a small window of time when her convulsions subsided so she could safely deliver her baby, Beau. 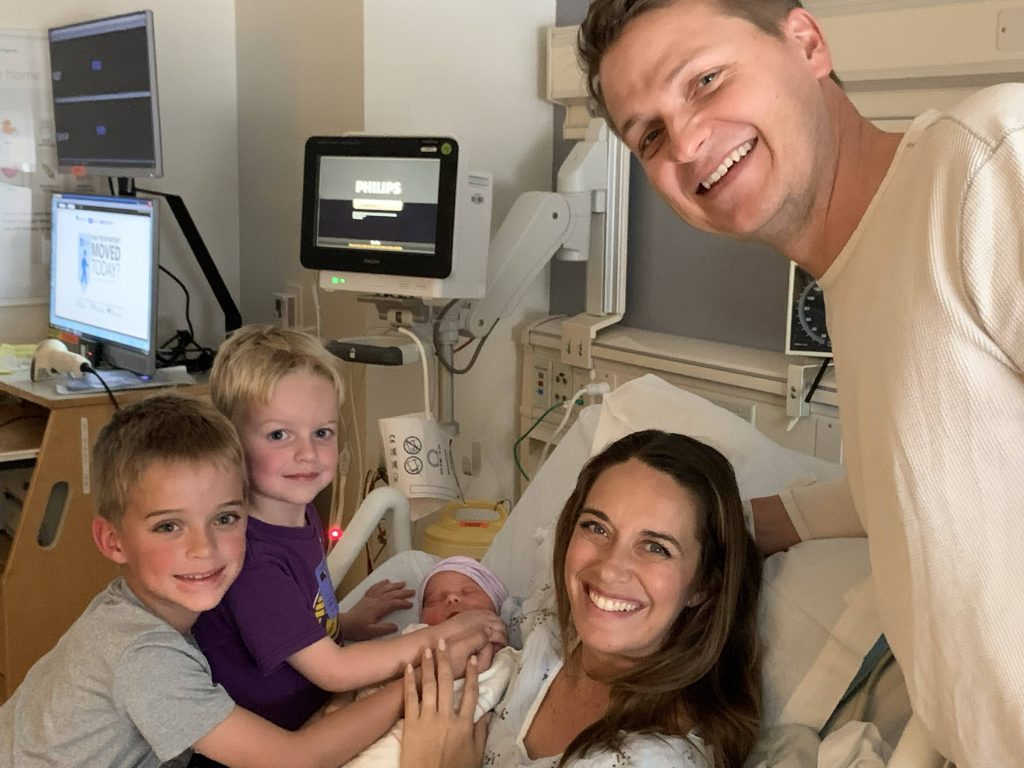 “I have done a lot of emotional and physical therapy to get to a place of full recovery, and I have made a lot of progress,” says Marisa Peters. (Photo courtesy of the Peters family)

“Thankfully, Beau was perfect from the second he arrived into this world,” Peters said. “I remember looking at him and being so grateful that he was healthy, but also knowing that I wouldn’t get that postdelivery golden hour time with him.”

That’s because the focus quickly turned to Peters, who began to hemorrhage severely.

“I lost over 6 liters of blood before transfusions and developed a condition known as DIC (disseminated intravascular coagulation), which is a blood clotting disorder,” she said. When remembering how the IVs were oozing with blood, she said, “It was like having an alien experience.”

The team caring for Peters put a balloon into her uterus to get the bleeding to stop, which ultimately worked. But she still needed several blood transfusions to manage the loss of blood. A day and a half later, the bleeding was finally under control.

Despite this harrowing experience, Peters said she remained calm and present thanks to the support of her husband and her dedicated medical team. She recalls the comfort provided by Danielle Smith, RN, a nurse who held her hand for five hours during her labor, and Daniel Douzjian, MD, the anesthesiologist who diligently gave her hourly updates on her bloodwork.

“I felt so supported and involved in my care,” Peters said. “I remember every single beat of everything that happened. I was there for it all.”

However, she didn’t realize at the time how close she had come to not surviving childbirth.

“It wasn’t until a couple of hours after my delivery that I realized I had just had a near-death experience,” she said. “My nurses and doctors told me, ‘We almost lost you.’”

What happened to Peters in the delivery room is extremely rare.

“I don’t think we’ll know the one thing that caused the cascade of medical events all at once,” said Angela Chen, MD, associate professor of obstetrics and gynecology at the David Geffen School of Medicine at UCLA, who was the doctor for Peters’ three pregnancies. “But we do know that she was at the right place at the right time, and we had the resources to identify the problems quickly, before the outcome became irreversible.” 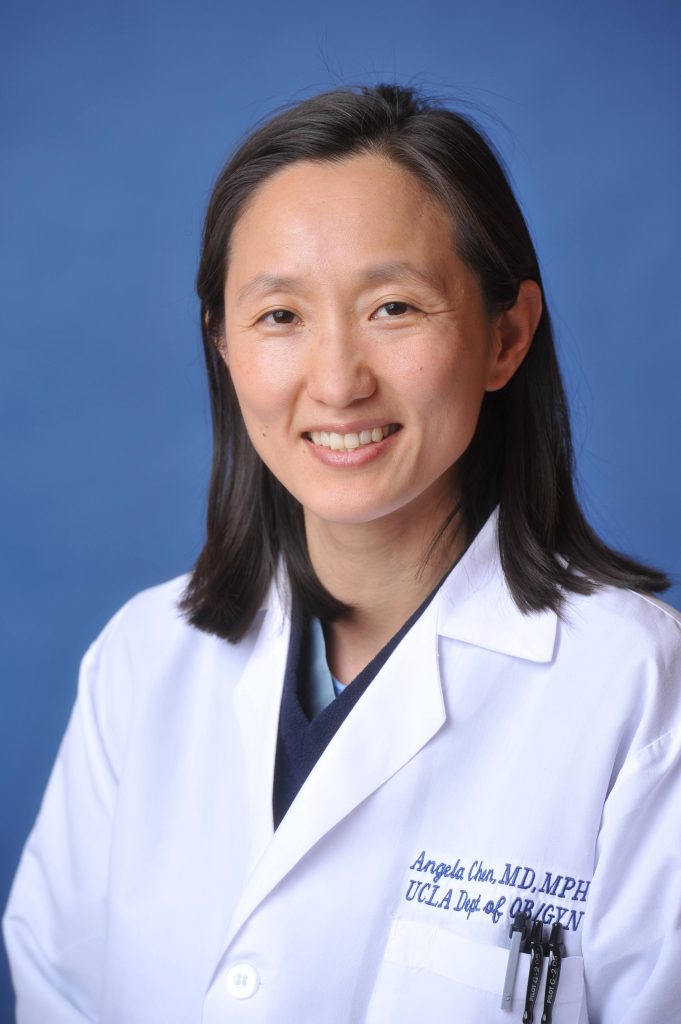 A month after Peters delivered Beau, the pandemic hit. She was at home, caring for her new baby; overseeing Zoom learning for her other two children, who were 6 and 3 at the time; and juggling an intense full-time job. She had the support of her husband, who was by her side every step of the way, but it was still a very difficult time for her.

“Things got really tough and felt really heavy and emotional. I found myself crying a lot,” Peters said. “Then I started to have flashbacks to the delivery room.”

During a routine virtual checkup with Dr. Chen, it became apparent Peters was struggling.

“I’ve known Marisa a long time, and she is usually an upbeat and perky person. She has a million-dollar smile and an extraordinary way of lighting up a room,” Dr. Chen said. “But during this visit, I could tell something was going on with her.”

Given the traumatic experience in the delivery room, Dr. Chen understood that Peters was at risk for post-traumatic stress disorder. After that visit, Dr. Chen put Peters in touch with Misty Richards, MD, assistant clinical professor in the department of psychiatry and biobehavioral sciences at the Geffen School of Medicine. Dr. Richards is also the co-founder of the Maternal Outpatient Mental Health Services Clinic, which was launched in 2019 by UCLA Health’s OB-GYN and psychiatry departments to provide psychiatric care to women during pregnancy and up to one year postpartum.

“The MOMS Clinic is one of the few affordable and accessible options to mothers who may be experiencing mental health issues during the perinatal period,” Dr. Richards said. “As a woman prepares to welcome a new life into the world, she needs to be set up for success. This includes having access to good medical care, including mental health care, as she navigates the emotional tug-of-war of motherhood.” 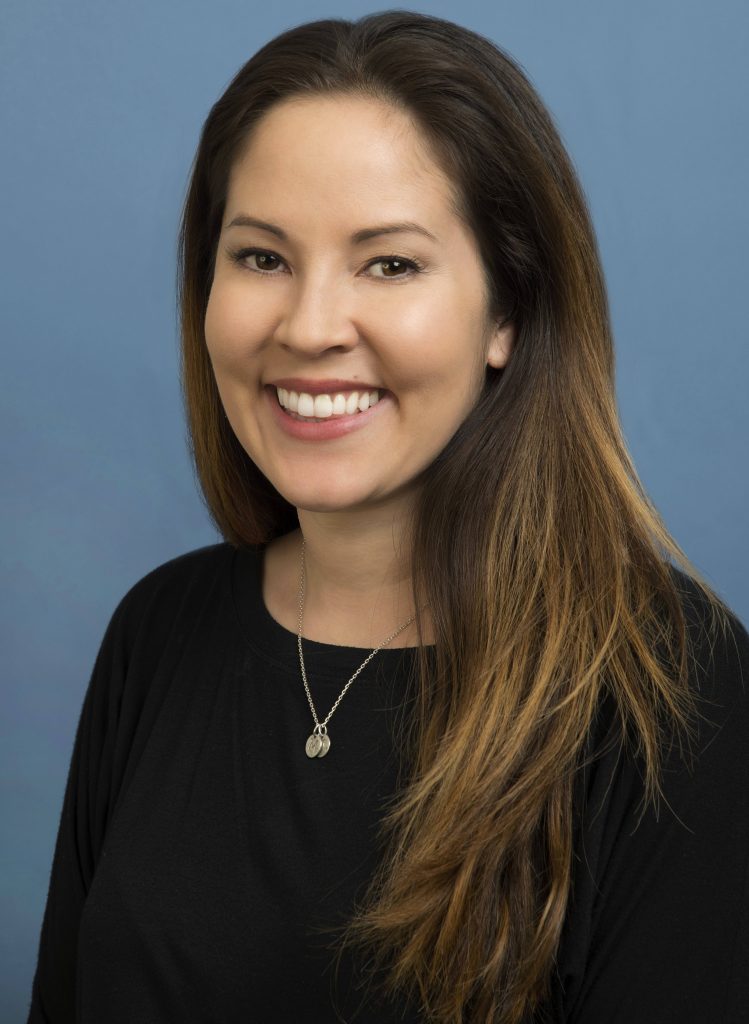 Dr. Richards immediately connected Peters to resources at the clinic, which include regular therapy sessions with experts specializing in traumatic birth experiences and a moms support group.

“Marisa experienced an incredibly traumatic birth with symptoms of post-traumatic stress disorder. When I met her, she was in a vulnerable state, understandably, and unsure of how to proceed in her fast-paced life,” Dr. Richards said. “Her progress through utilizing these resources has been amazing and a reflection of her hard work and perseverance.”

Peters, who is now a year and a half postpartum, feels grateful for the support.

“I had never participated in any Mommy and Me groups before,” she said, “but it has been great to have that support from other moms while receiving the guidance from medical experts.”

Although her recovery is going well, Peters still struggles some days.

“This has become part of the fabric of who I am, and I don’t want it to be a secret,” she said. “I have done a lot of emotional and physical therapy to get to a place of full recovery, and I have made a lot of progress.”

Her experience with the MOMS Clinic has taught her invaluable lessons about self-care.

“As a busy, full-time working mom, I didn’t know what self-care meant before this,” Peters said. “But now I have the tools to understand how to best care for me and that I matter enough to make an investment in my own health and healing.”

For other women experiencing trauma related to pregnancy or childbirth, she offers this advice: “It’s important to give yourself the grace to navigate a difficult experience and know that you don’t have to go about it alone.”