'You’re the first Black doctor I’ve ever seen here at the VA.'

An MD and a resident psychiatrist at UCLA, Dr. Igwe described in the Tweet an encounter where he learned he was the first Black physician that his patient, also a Black man, had seen in his 50 years going to Veterans Affairs (VA) for medical care. 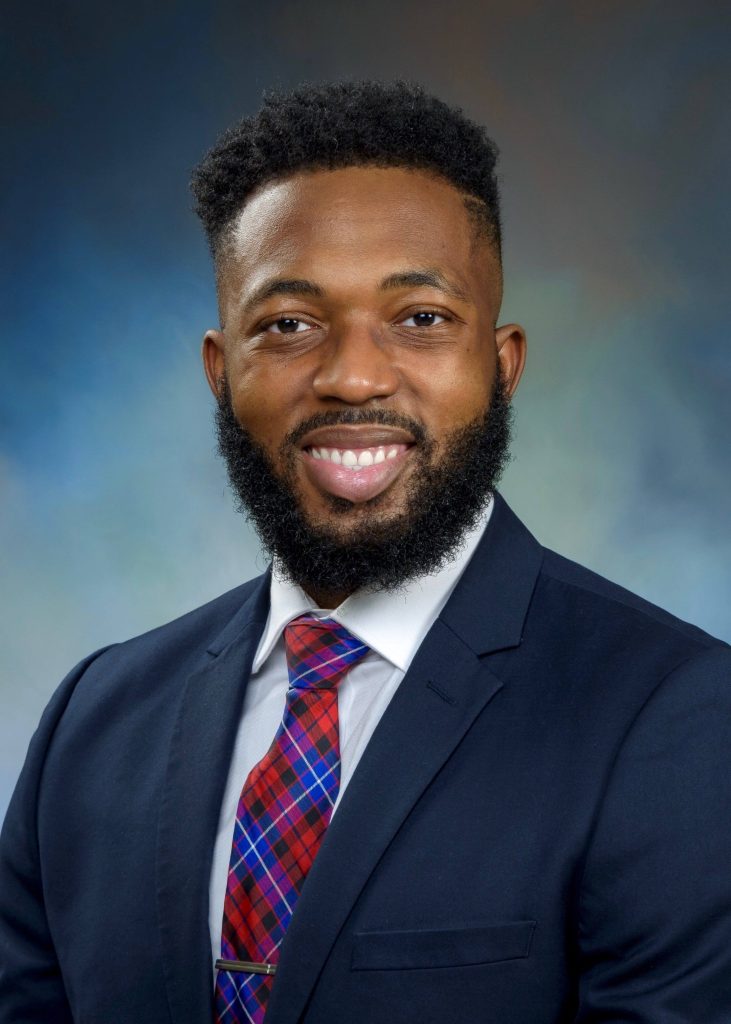 While on an ambulatory medicine rotation at the VA Greater Los Angeles Healthcare System, on Jan. 11, Dr. Igwe walked into the waiting room and called for his next patient.

“At first he just looked at me,” he says, remembering thinking he had the wrong person. “So I called the name again.”

When the patient responded, Dr. Igwe informed him that he was going to be the doctor seeing him on that day.

“He was giving me this weird look, so I asked if I was mispronouncing his name, to which he said ‘no, that’s me.’”

Dr. Igwe asked him why he was looking at him strangely.

“Are we being recorded?” the patient asked. “No,” Dr. Igwe said.

“Man, you’re the first Black doctor I’ve ever seen here at the VA and I’ve been coming here since 1970. That’s why I was looking at you like that,” the patient said. “Because I just couldn’t believe my eyes.”

Dr. Igwe says he could feel his emotions racing. He was shocked that in over 50 years the patient had never been cared for by a Black physician.

When Dr. Igwe brought in his attending physician, Dr. Arthur Gomez, a general internist at UCLA, to go over the patient’s medications and aftercare, the patient grabbed Dr. Gomez’s arm.

“He’s the first doctor I’ve had that looks like me,” he said, pointing at Dr. Igwe. “You guys need to keep him.”

The next day, Dr. Igwe tweeted that, in his seven months as a doctor, this was one of the greatest moments he’s experienced.

“To think, him seeing my face was therapeutic for him and I made a difference by just existing. It confirmed that I’m in the right place and doing what I was meant to do. It’s an experience I’ll never forget.”

Setting students up to thrive

While it felt good to make this kind of impact on a patient, “representation in medicine…shouldn't be the end goal.” Dr. Igwe says.

“A lot of people are focused on getting more Black, Latinx and Indigenous people into medicine, but aren’t focused on what happens after that,” he says. “I saw Black medical students not get the same privileges that their white counterparts get. I saw a lot of Black people come into medicine and not graduate.”

Medical schools and healthcare systems have to go beyond diversity and representation, he says.

“We need to address the lack of support and the toxic elements of medical culture  so that once we are in medicine, we can stay in medicine,” Dr. Igwe says.

To be in this role as a Black man is one of great privilege, but it also comes with a weight or heaviness, he says. The medical community has to talk about how students of color, but in particular, Black medical students, can thrive in school as residents and attendings and not burn out.

But at the same time, he says, “It does mean a lot when I take care of patients who look like me and they don't ever see Black men in medicine. That experience is going to show them that we are here and making a difference in the field.”

The two feelings can exist at the same time. It’s a dichotomy, he says.

Additionally, Dr. Igwe says he tries not to put too much pressure on himself because it can become easy to feel like he has to live up to perfection.

“Internally, we already battle imposter syndrome and the microaggressions that sometimes get you off your game. I don't want to make it seem like I can't ever make a mistake,” he says.

To take care of his own mental health, there are several things he does.

Having been raised in a religious family, he reads his Bible every day to maintain his spiritual health. He works out, tries to eat healthy and maintains constant contact with his mother, friends and family, because he’s at his best when he’s “fostering those personal relationships.”

His mom is his hero, Dr. Igwe says. Originally from southeastern Nigeria, his family arrived in the U.S. after being awarded visas through the Immigration Act of 1990. The Diversity Visa Program allowed 55,000 immigrant visas to be available in an annual lottery, beginning in 1995.

They settled in southwest Houston, one of the most diverse neighborhoods in the U.S.

Growing up in a Nigerian household, Dr. Igwe says there’s a common joke that only certain professions  are available for his generation because parents dictate what their children will do. Those professions are doctor, lawyer, engineer, pharmacist, or nurse.

Experiences from his upbringing helped shape his interest for medicine. He went to a public high school known for its health professions program.

“We were surrounded by people of diverse backgrounds who spoke different languages, and were all high-achieving and successful. I think that really motivated me,” he says.

In the summer between high school and college, doctors discovered a tumor in Dr. Igwe’s jaw.

“I went in for a routine dental appointment and they discovered it on the CT scan,” he says. “It  changed my life.”

This was his first serious encounter with the American healthcare system. He noticed how confusing the experience was, the emotions it brought up and the importance of physicians who showed care and understanding for their patients.

Although benign, the tumor began to aggressively grow, affecting surrounding tissues and leading to several surgeries, including the placement of a titanium plate in his jaw.

Having seen the patient’s side of medicine, Dr. Igwe realized Black men were underrepresented across medicine. His passion for the field grew.

While working at the pediatric burn unit at the University of Texas Medical Branch and Shriners Children’s Texas Hospital, Dr. Igwe was introduced to an interdisciplinary way to provide care. A team made up of various specialties worked together to treat children that had survived severe burns.

“There’s a lot that goes along with the healing process [of burn survivors]. They need skin grafts, have a hypermetabolism, PTSD, depression, anxiety and nightmares,” he says. “We’re trying to help them process their injuries and understand what’s going on around them.”

While there, Dr. Igwe saw the rewards with understanding the kids’ mental health – from dealing with challenges at school like bullying, to experiencing nightmares or flashbacks to their trauma.

In the “grand scheme of life,” he says he’d like to give back to the community that raised him by creating a mental health wellness center in Houston.

He envisions a place where patients can see a psychiatrist and psychologist but participate in music and art therapy, have a place to exercise and play basketball, and encounter opportunities to serve the community.

“There's something poetic about giving back to the community that raised you,” he says.

He would also like to do global mental health work in Nigeria, educating communities on the importance of mental health and empowering hospitals to treat various types of mental illness.

A doctor’s work on homelessness and societal mental health

With several ‘firsts,’ Dr. Gail Wyatt lays the groundwork for women of color