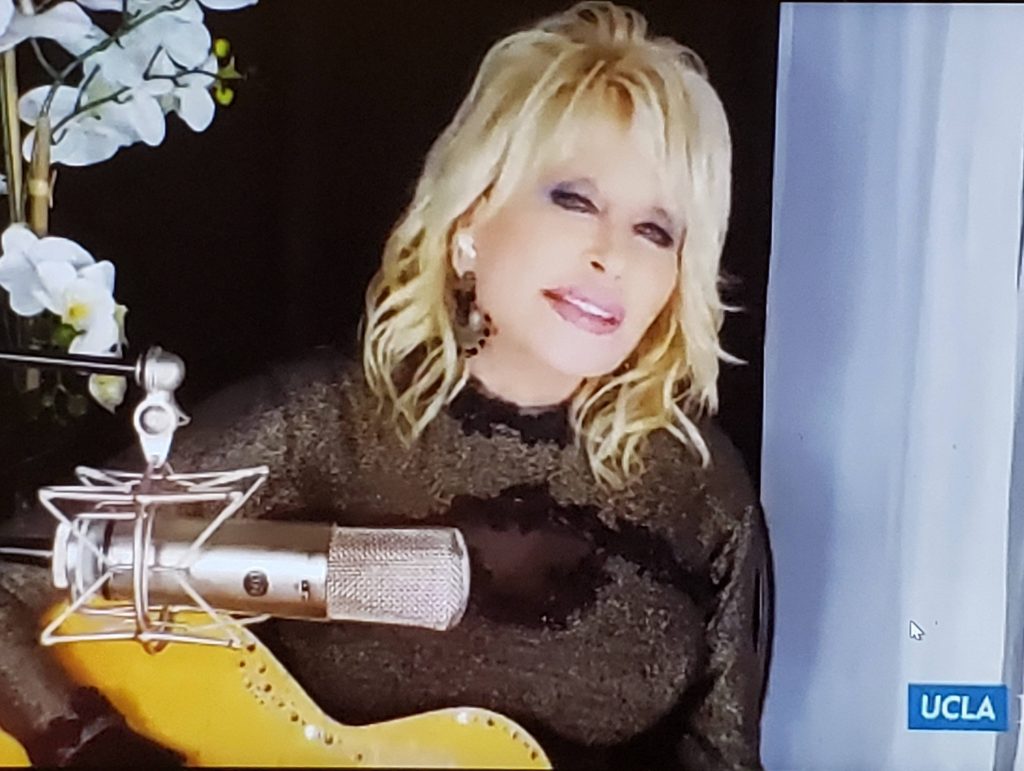 Held in person in 2018 and 2019, the fundraising gala took place via Zoom this year, where writer-director-actress Mindy Kaling, writer-director Ava DuVernay and Major League Soccer great Landon Donovan shared conversations with UCLA Health experts about depression, anxiety and the importance of discussing emotions and mental health.

“We need to not only talk about it, but listen, with kindness and compassion,” said actress Lisa Kudrow, the evening’s host. “That’s how we’ll erase the stigma of mental illness, so people will reach out and get the help they need.”

The 90-minute event honored Vicky Goodman, who founded the Friends of the Semel Institute for Neuroscience and Human Behavior at UCLA, and Nancy Glaser, MD, the founding chair and an inaugural member of the Resnick Neuropsychiatric Hospital Board of Advisors. Funds raised by “#WOW2021” support psychiatric research and clinical innovation. 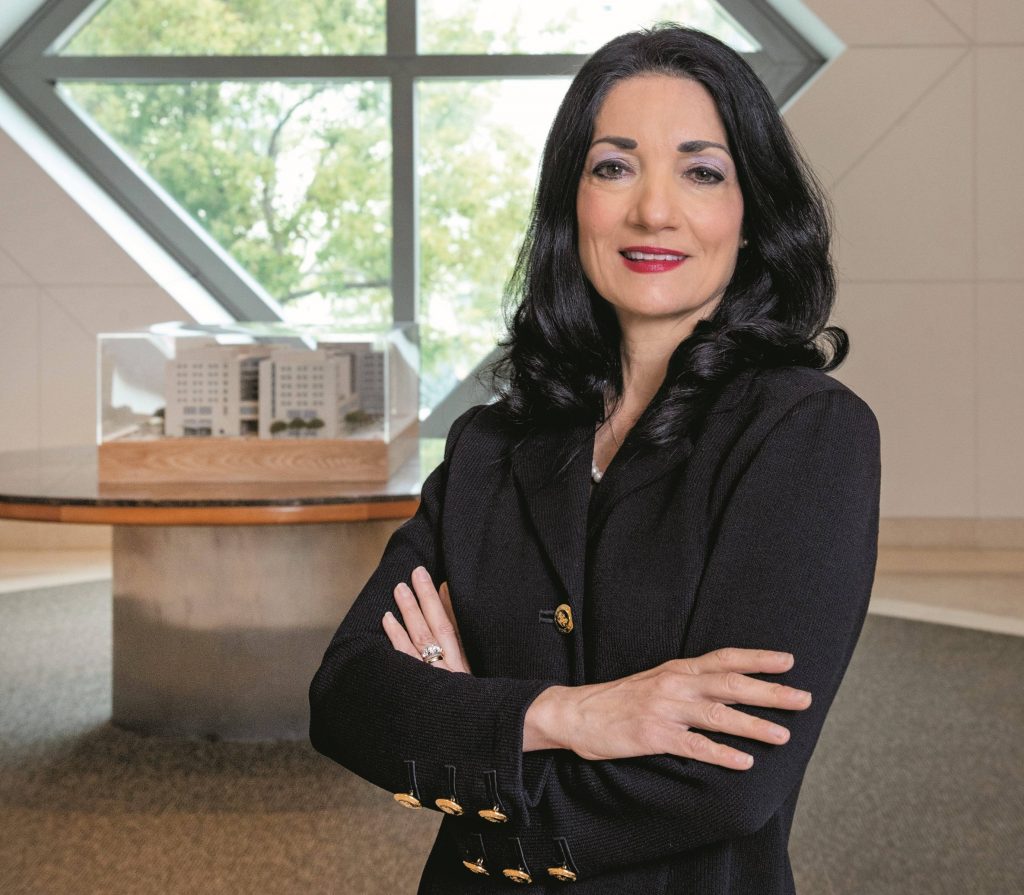 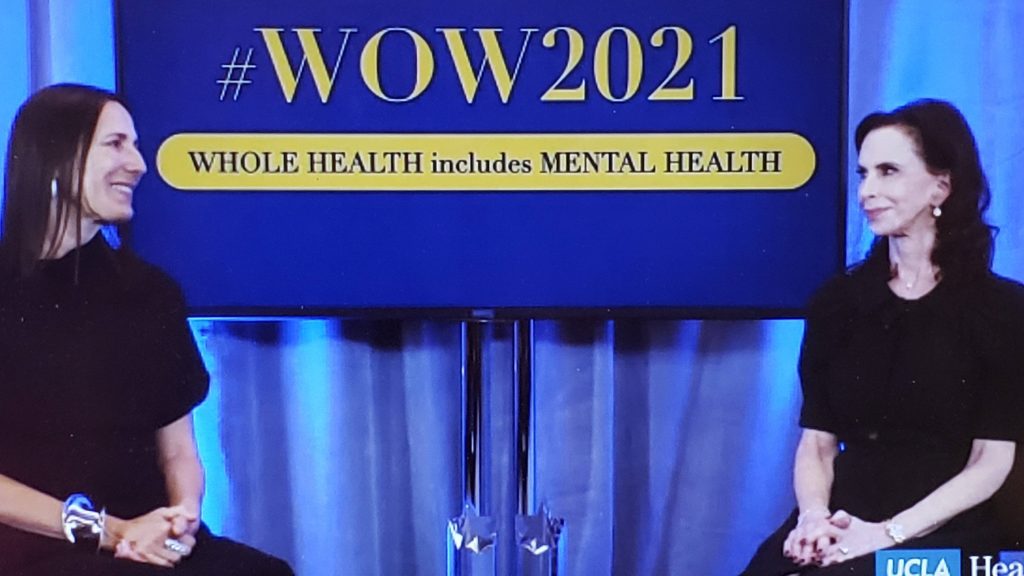 Nancy Glaser, MD, founding chair and inaugural member of the Resnick Neuropsychiatric Hospital Board of Advisors and Vicky Goodman, founder of the Friends of the Semel Institute for Neuroscience and Human Behavior at UCLA, were honored during #WOW2021.

Bareilles, a UCLA alumna, opened the event with her song “Brave.” Parton, who quipped that she thought “WOW” stood for “Weird Old Women” – it’s, in fact, Wonder of Women – closed the show with a performance of her 1977 track “Light of a Clear Blue Morning.”

Here’s a look at what the celebrity guests had to say:

Mindy Kaling: Kaling talked about the challenges of parenting during the pandemic with Robin Berman, MD, an associate professor of psychiatry at the David Geffen School of Medicine at UCLA and author of “Permission to Parent: How to Raise Your Child with Love and Limits.”

“I don’t know if I’d recommend everyone having a secret pregnancy during a worldwide pandemic,” Kaling said. “But I’ve learned a lot from it."

Kaling said she has a history of social anxiety, which affects her approach to parenting. “Anxious people have a hard time helping kids to tolerate uncertainty, because I have such trouble tolerating uncertainty,” she said, laying out a list of worries about her kids: Will they make friends at school? Will they have a good teacher? Will they stand up for themselves? Will they reveal the personalities they show so effortlessly at home?

“I’m trying to avoid eliminating all risk for my children,” she said.

As a single mom juggling multiple Hollywood projects both in front of and behind the camera, Kaling said she’s become “comfortable with transitioning different panics,” be they child-related or work-oriented.

“I used to spiral from them a lot more,” she said, adding that she’s gotten better at “letting the transitioning of panics happen, but not riding the wave of them.”

Parenting has brought forth a wealth of childhood memories, Kaling said. And having a baby during the pandemic meant she didn’t have to feel guilty for taking time away from work: “It was like everyone was on maternity leave.”

Ava DuVernay: DuVernay credits her resilience and positive outlook to “a deep and abiding faith in a power higher than myself, and to really having been taught to embrace and love life as its own living, breathing entity.” The UCLA alumna said she was raised to appreciate community and connection with other human beings, which has sustained her during challenges both professional and personal.

In conversation with Kelsey Martin, MD, PhD, dean of the David Geffen School of Medicine at UCLA, DuVernay, 48, said she also has a robust gratitude practice — “even more than daily, it is hourly” — and that she took up meditation during quarantine. The filmmaker also takes solace in art in its many forms. 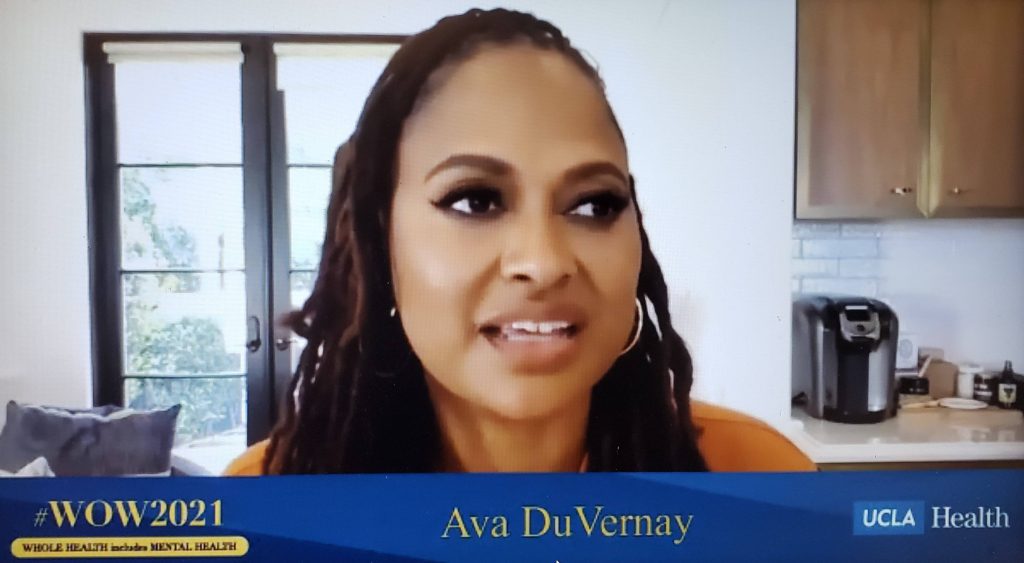 “Your spirits can get raised by a film, or a piece of music, or a painting or a beautiful novel,” DuVernay said. “I believe that art is our lifeblood. And the more we can say that and name it and embrace it, the healthier we can be, because it really is in everyone’s grasp.”

She recently joined forces with the Coalition for School Well-Being, a statewide effort to support mental health in schools. Through her artists collective, ARRAY, DuVernay is developing learning guides to accompany her film and television productions. “We think about the future of education and reimagining systems that are intentionally anti-racist and learning companions that take a new approach to complex issues,” she said.

When Dr. Martin asked how to reduce stigma and mental illness in the Black community and create more awareness and access to treatment, DuVernay said, “The fact that we’re not all out of our minds truly is a testament to the strength of Black people.

“We’re talking about 400 years of degradation and dehumanization; 400-plus years of human bondage,” she said. “So when we talk about, ‘How do we help Black folks,’ you’ve got to really think about the history and not gloss over the harm that’s been done.”

Landon Donovan: Celebrated as one of the greatest U.S. men’s soccer players, Donovan said he’s faced depression many times throughout his life. He’s spoken publicly about these struggles in recent years in hopes of encouraging more openness about mental health in professional sports.

The former L.A. Galaxy star told Michelle Craske, PhD, a professor of psychology, psychiatry and biobehavioral sciences at the David Geffen School of Medicine at UCLA and director of the UCLA Anxiety and Depression Research Center, that he felt it was important to speak out to “hopefully help others and humanize myself.”

“Too often, athletes and people in the public eye are put on a pedestal. And I think it’s important that everybody knows that we are just human beings like everybody else,” he said.

Dr. Michelle Craske was in conversation with Landon Donovan as part of #WOW2021.

"(My) big picture, idealistic view of the world is that we can get to a place where people are just OK expressing themselves without judgment," said soccer legend Landon Donovan.

Dr. Craske noted that depression and anxiety affect everyone, “and for over a third of the population, they become impairing.”

As the cofounder and inaugural manager of the San Diego Loyal professional soccer team, Donovan, 39, has put the mental health of players on par with their physical health, he said. Coaches and team doctors monitor both. “Eventually it’ll get to a point where we’re also able to make it public, too, so that it humanizes and destigmatizes,” Donovan said.

Donovan said that criticism and bullying on social media can be emotionally devastating, and people in the public eye are often subject to outsized amounts of it. “I think we’re more exposed to negativity than we ever have been,” he said. “And at the end of the day, depression doesn’t discriminate. … I think a lot of athletes are getting to this place where you just get off of social media or you use it for the things that benefit you and don’t listen to anything else.”

For the soccer star, managing depression is about connection and compassion. When he’s feeling low, he talks to his wife about it, which he said almost always lightens his mood. He also finds meditation helps bring him back into the moment and away from swirling negative thoughts.

“I think part of the problem is that people aren’t aware that this is depression they’re feeling,” he said. “We’re taught from an early age not to show emotion… (My) big picture, idealistic view of the world is that we can get to a place where people are just OK expressing themselves without judgment.”