Egg, embryo freezing are options for women who want to delay pregnancy In general, the process is best when done by the time a woman is in her early to mid-30s, says Dr. Lindsay Kroener 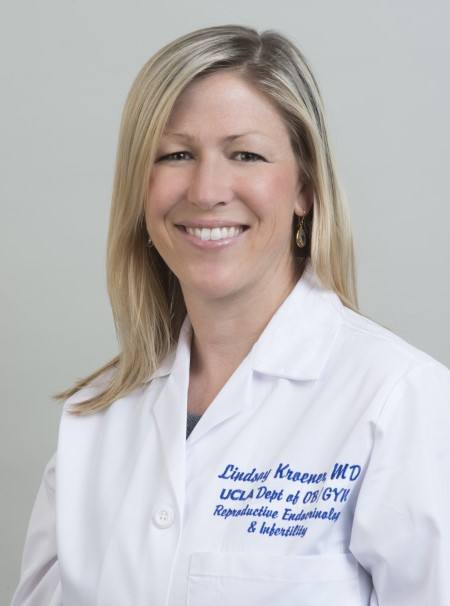 For women who want to have children someday, but aren’t ready yet, thinking about how to best approach their fertility is a very individualized process.

Egg or embryo freezing at UCLA Health can be an option for fertility preservation, according to Lindsay Kroener, MD, assistant clinical professor of Reproductive Endocrinology and Infertility at the David Geffen School of Medicine at UCLA.

Dr. Kroener said for women who want children in the future, their early 30s are an ideal time to begin considering timelines based on their careers, relationship status and how many children they want.

“Every patient is an individual and life circumstances and personal desires are going to really guide a lot of this,” she said.

Considering fertility preservation calls for a balanced approach and dealing with uncertain outcomes. The younger a woman is when she freezes her eggs, the greater her odds of success. However, research also shows that most women do not end up using frozen eggs, for reasons that include getting pregnant naturally.

“Your eggs are never going to be better quality than they are today,” Dr. Kroener said. “But you may never need to use these eggs.”

Dr. Kroener said patients commonly ask if they should freeze eggs or embryos, and when they should do so. In general, Dr. Kroener said doing so by the early to mid-30s is preferable to waiting until a woman is in her later 30s to early 40s, although the process can still be successful.

Younger women with certain genetic conditions that predispose them to a lower reserve of eggs or a family history of early menopause may want to check in for a fertility consultation sooner, she said.

Dr. Kroener said patients also want to know if they are fertile and can afford to wait on pursuing fertility preservation.

“Ultimately, we can’t predict how likely an individual is to get pregnant if they try on their own,” Dr. Kroener said. 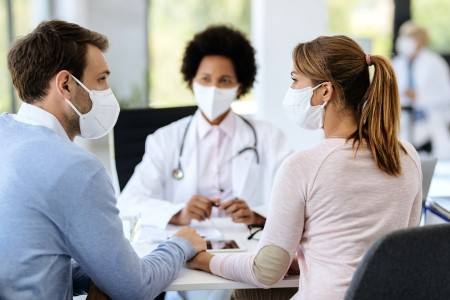 She said that in addition to age predicting egg quality, an ultrasound and blood work can provide a sense of a patient’s ovarian reserve. That’s useful for estimating how many eggs can be retrieved for freezing.

“These are good markers in predicting how many eggs I’m going to get but aren’t very good predictors of if you tried tomorrow how likely you are to get pregnant,” she said.

For those who decide to proceed with freezing eggs or embryos, Dr. Kroener said the method for egg retrieval works the same after women undergo what she described as a “two-week intensive process.”

A woman will take hormone shots each night for eight to 12 days to stimulate ovarian follicle growth. During that time, she’ll have five or six office visits for ultrasound and blood work. When the follicles are the right size, she’ll receive a shot to trigger ovulation to prepare for egg retrieval 36 hours later.

Under light anesthesia, the eggs will be retrieved in a 15- to 30-minute process. That’s the only day a woman will need to miss work.

“Although it’s an invasive procedure, the risk of a serious complication is far less than 1%,” Dr. Kroener said.

The number of eggs collected will vary but the goal is 10 to 20 or more eggs depending on the age of the patient. The eggs are frozen the same day.

For freezing embryos, the eggs will be fertilized with sperm and grow for five to six days until they reach the blastocyst stage, which is a 100-cell embryo. Embryos that make it to this stage have the option for biopsy and genetic testing before freezing, if desired.

Dr. Kroener noted that embryos made with a partner’s sperm rather than donor sperm require consent from both parties in order to be implanted in the future.

“Some patients even opt to do a split cycle and freeze some eggs and some embryos to hedge their bets,” she said.

“There’s no reason to think doing an egg retrieval is going to decrease your chance of getting pregnant on your own later,” she said. “We’re basically capturing eggs that would have naturally died off that cycle.”

Dr. Kroener said in the past, freezing embryos led to better survival rates but that improved freezing technology for eggs has led to roughly 90% surviving the thawing process.

“Overall, from the limited data we have, we don’t think outcomes are that significantly different,” she said of the thawing process.

Freezing eggs is more common and doesn’t require a woman to have a partner or sperm donor yet.

“There’s certainly a lot of eggs and embryos out there that are frozen and may never be used,” she said. “For embryos, some people may have more ethical considerations and may be more comfortable with unfertilized eggs.”

However, frozen embryos can improve the odds of a live birth in the future because they’ve made it further along in the reproductive process.

“There’s a huge attrition rate from an egg to an embryo,” she said. “You’re definitely going to have more information if you freeze an embryo. It’s already vetted. It’s already done a lot of the things it needs to do in order to result in a pregnancy.”

Though freezing eggs may be viewed as insurance for the future, Dr. Kroener said realistic expectations are important.

“This is not a guarantee,” she said. “The biggest predictors of success are going to be age – younger age is associated with better egg quality – and the number of eggs. There are some prediction models that try to predict the chance of success per egg but none of these are validated per se. I think we still need more data.”

It’s also hard to measure outcomes because most eggs are still frozen.

“Based on the data really only a small number have come back to use them,” she said.

For women who ultimately want to have children, regardless of method, Dr. Kroener recommended a healthy diet and lifestyle.

She said it’s important not to smoke or use drugs recreationally. Alcohol and caffeine intake should be kept to moderate levels. Women who are overweight should emphasize diet and exercise.

“Optimizing general health is really important,” she said. “An overall healthy lifestyle may improve fertility, especially in patients who have underlying conditions such as ovulatory dysfunction. As much as general health can be optimized, that’s going to lead to the best success down the road.”