UCLA Health’s Dr. Otto Yang explains why they’re needed and how effective they may be against the Delta variant.

(Note: This article was updated Sept. 20 to reflect that an advisory panel to the U.S. Food and Drug Administration recommended against approving booster shots for the general population, but supported third doses for people 65 and older and those at high risk for serious illness from COVID-19.)

Health officials need more data before recommending supplemental, or “booster,” third doses of the COVID-19 vaccine for fully vaccinated Americans, despite studies showing that protection from the Pfizer vaccine wanes four months after the two-shot regimen.

An advisory panel to the U.S. Food and Drug Administration recommended against making supplemental doses available to the general public, saying more study is needed. The panel did advise third shots for people 65 and older and those at high risk for serious illness from COVID-19. 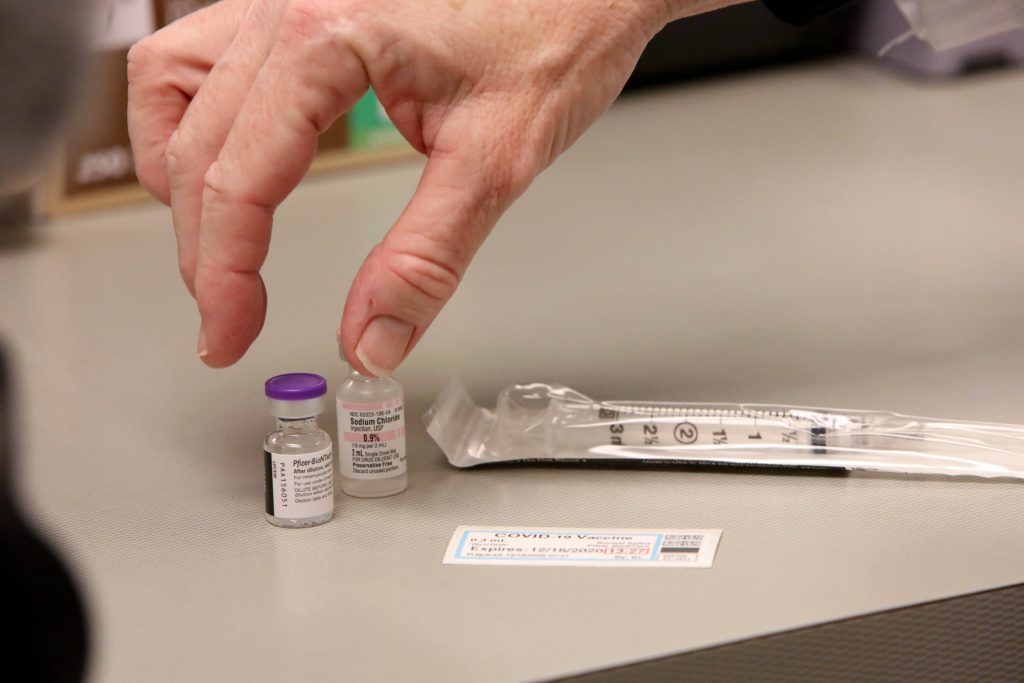 A third dose of the mRNA COVID-19 vaccines will be available to all fully vaccinated in people starting in late September. (Photo by Ann Johansson/UCLA Health)

A third shot is already available for the roughly 3% of Americans who are considered immunocompromised because of organ transplants or cancer treatment, or who take medications that suppress the immune system.

Otto Yang, MD, a professor in the Division of Infectious Diseases at the David Geffen School of Medicine at UCLA, answered frequently asked questions about the need for supplemental doses and what to expect as far as side effects and how often they’ll likely be needed.

Q: Was the need for a supplemental dose expected?

A: Many of us expected it. A lot of studies show that antibodies drop over time pretty quickly, either after natural infection or after vaccination. There’s also parallels to other common cold coronaviruses; there are four. It’s well known that immunity against those only lasts for a few months. It’s not surprising that this coronavirus also has fairly short-lived immunity.

Q: How much of it is because of the Delta variant? 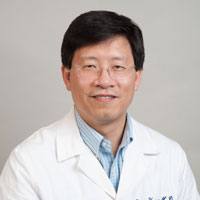 Q: How effective do you expect supplemental shots with the original vaccines to work against Delta ?

A: They should still be effective. The Delta variant is not completely resistant to antibodies – it needs a higher level of antibodies. If the booster does bring the levels up, then the antibodies should still cover Delta once they reach sufficient levels.

Antibodies are the upfront protection that prevent someone from getting infected or getting a big dose of infection. Once somebody is infected, if the virus gets past the antibodies, it’s the T cells that keep people from getting seriously ill or dying. The Delta variant is not going to affect the T cells, so the original vaccines should continue to work well to protect individuals from severe illness if they have normal immune systems.

There’s also the possibility boosters will improve the quality of the antibodies as well. The more the immune system is exposed to something, the better those antibodies become with repeated exposure.

Q: Why are they being offered after eight months?

A: There’s nothing magic about the eight-month mark. That’s probably the soonest that can be administratively set up for boosters to be offered. It’s only been about eight months since they’ve been out. The decision was based on what’s being observed now, which is breakthrough infections.

Q: If front-line workers and others who got the vaccine when it was first available are nearing their eight months, what’s their level of protection? Are they at particular risk of contracting the virus and transmitting it?

A: Yes, they are at risk of getting infected. The Israeli government has a really great program in place to monitor their population because they have a centralized health system. Their data show that within four or five months the efficacy of the vaccine drops tremendously in terms of preventing someone from getting infected. However, the good news, looking at the same data, is the vaccine protection from getting seriously ill and requiring hospitalization was still way over 90%.

I think what that means is that people who were vaccinated several months ago are becoming more and more susceptible to getting infected and spreading the virus. For now, it looks like they’re still protected from getting seriously ill.

Q: What kind of side effects would you expect from a third dose? Similar to what people experienced before?

A: I don’t anticipate any big differences. I have seen some transplant patients that have started getting their third doses and what they’re reporting seems to be pretty similar.

Q: Based on your past research, do you think fully vaccinated people who have previously had COVID-19 need a third dose?

A: They probably will need a booster but they may not need it as soon for a couple of reasons. They start off with higher levels of antibodies. Even if their antibodies are dropping, they’re not going to reach the same critical level as quickly as someone who didn’t previously have COVID.

It may be because they’ve had this extra exposure, that their antibodies are qualitatively better not just quantitatively more. I think you should discuss the need for a booster vaccination with your doctor.

Q: Is there anyone who won’t need a third dose, such as healthy young adults?

A: Probably everybody should get a booster. The vaccines are so safe and effective, and the risks of them are so small, there really isn’t a downside to getting a booster, especially if someone has already tolerated the first shots.

Q: What’s going on with supplemental doses for people who got the single dose Johnson & Johnson?

A: I suspect that the FDA hasn’t made a recommendation because there’s simply less data to review. Less than 10% of people who got the vaccine got the J&J. My guess is that people with J&J should get boosters and the FDA will eventually reach that conclusion.

The vaccine started off with a lower level of protection to begin with than the mRNAs. There’s absolutely no reason to think the J&J would have a more durable response or better activity against the Delta variant.

Q: Do you think we will need a COVID-19 shot every year like with the flu vaccine?

A: My guess would be it’s probably going to be annual vaccination, and depending on how quickly the virus continues to evolve, it may need to be one that’s against the circulating strain that’s prevalent, like the flu vaccine is done.

It’s still not clear how long vaccine protection lasts with antibodies. The Delta variant kind of threw a wrench in that so we don’t know how long immunity would have lasted with the original strain.

Q: Would the amount of the dose change for third doses?

A: There’s no reason to change the dose. These doses were chosen for safety and ability to generate immune responses.

A: I think both should be prioritized. If the goal is personal protection, then getting boosters is pretty important because eventually the T cells may also go down and then people won’t be protected in terms of getting really sick or dying.

In terms of public health and reducing spread of the virus, even somebody that’s some ways out from their vaccination, they will get milder infection and be less contagious. So you might get more bang for your buck if it goes into somebody that hasn’t been vaccinated at all. And of course, they’re at much higher personal risk of severe illness.