‘If you want to know the main feeling, it was just gratitude,’ says Judy Gasson, former director of the UCLA Jonsson Comprehensive Cancer Center, who underwent treatment in 2020.

Judy Gasson, former director of the UCLA Jonsson Comprehensive Cancer Center, wanted to be treated just like any other patient when she underwent treatment for breast cancer at UCLA Health. 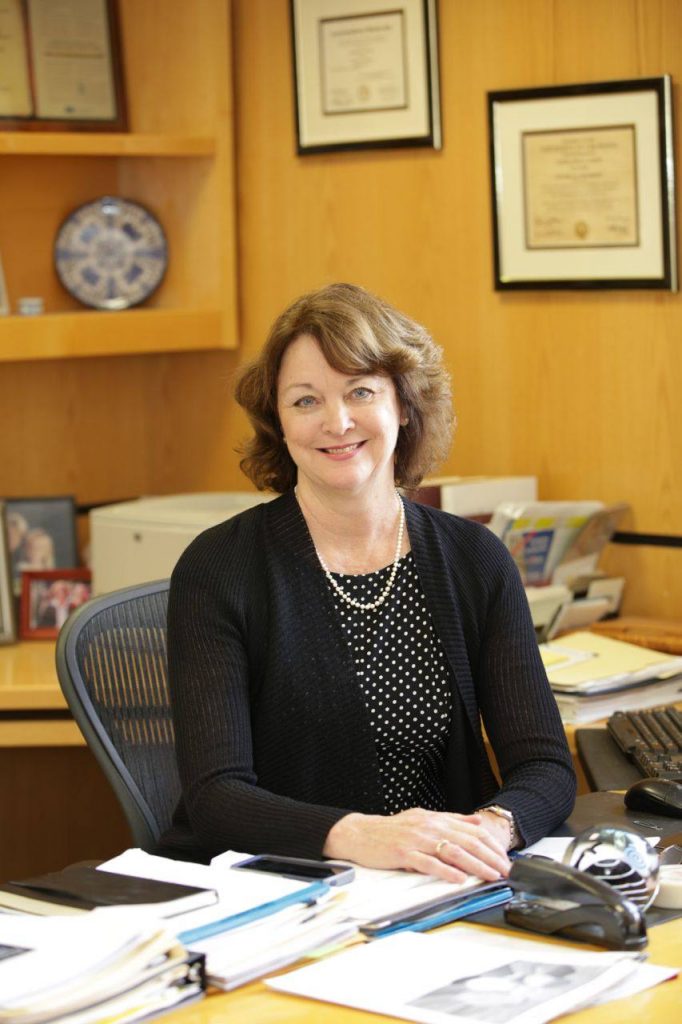 So she was taken aback at first when her radiation oncologist, Susan McCloskey, MD, called last fall to ask about her scheduling preferences for starting radiation therapy after surgery to destroy any remaining cancer cells.

“She said, ‘What day and time do you want to come?’” Gasson recalled. “I said, ‘I don’t want to be treated differently than anybody else.’ She said with a smile, ‘I ask everybody what day and what time.’”

Gasson said what she mistook as special treatment is simply the standard at UCLA Health, where her daily, 15-minute radiation appointments easily fit into her work schedule and carried none of the debilitating side effects she feared.

Dr. McCloskey said Gasson’s four-week course of radiation therapy exemplifies the “typical experience, which is a little skin irritation, maybe a little tiredness, and a rapid return to normalcy.” Her research has found that most breast cancer patients report undergoing radiation is a far better experience than they anticipated, thanks to shorter courses, reduced exposure to healthy organs and minimal disruption to career and family life.

“I find that fear and misinformation around radiation is really significant,” said Dr. McCloskey, associate professor of Radiation Oncology at the David Geffen School of Medicine at UCLA. “Women are often unfamiliar with treatment advances that have been made to address commonly stated fears.”

Gasson, 69, served as director of the cancer center from 1995 to 2015. Since retiring from that role, she serves as senior adviser for research and innovation at the medical school. Despite her background, she learned a great deal through the first-hand experience of being a patient.

In March 2020, Gasson was due for her annual mammogram when the COVID-19 pandemic led to cancellations of non-urgent medical appointments. When appointments resumed over the summer, she went in.

“When you’re the cancer center director and you’re going to tell other people they need a colonoscopy, a Pap smear and they need a mammogram, because these tests work, you’d better be getting them yourself because otherwise you’re not a very good example,” Gasson said.

Her mammogram and subsequent biopsy uncovered a small, early stage tumor in her right breast. She found out she had cancer while driving on the 5 Freeway to stay with her 3-year-old grandson while his baby brother was born.

Having seen the evolution of treatment for breast cancer over her career, Gasson says, she felt confident that her cancer was highly treatable.

“If you want to know the main feeling, it was just gratitude, just being glad to be alive in this time and place when it was so readily diagnosed and treated,” she said.

She underwent a lumpectomy in September 2020 for invasive lobular breast cancer. In October, she began radiation, which Dr. McCloskey said is necessary for the vast majority of women who undergo the breast-conserving surgery.

Gasson’s mother had breast cancer when she was 72 and Gasson remembered the extreme fatigue she experienced from radiation.

“That’s what I was concerned about,” she said. “Dr. McCloskey called me before we started and the first thing she said was, ‘This is not your mother’s radiation therapy.’ That was sort of the jumping off point for how much radiation therapy has improved over time, how targeted it is, and how few side effects people have in my kind of situation.”

Dr. McCloskey said that UCLA’s multidisciplinary approach, which allows her to meet with newly diagnosed women before they undergo surgery, can help alleviate fears about radiation, which can cause some early-stage patients to opt for a mastectomy in order to forgo radiation.

“Certainly the option of breast conservation minimizes a much more extensive surgery,” she said. “Preserving the natural breast can be associated with improved quality of life and improved body satisfaction.” 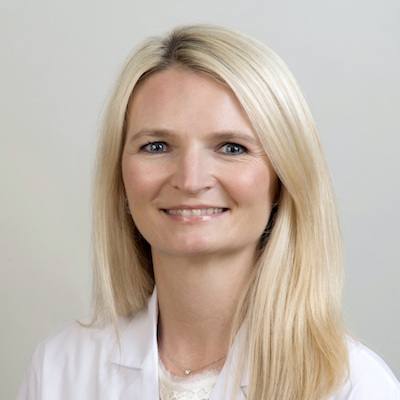 In 2018, Dr. McCloskey and a UCLA Health team published in the journal Cancer an analysis of survey results from more than 300 breast cancer patients who underwent radiation. Some of the top initial concerns of patients were: damage to internal organs, skin burning and inability to perform daily functions.

But most patients reported that their worst fears were unfounded. Among respondents, 85% agreed that radiation was less scary than they had expected.  When asked specifically about short- and long-term side effect severity, changes to the breast appearance over time, and work limitations, approximately 85% said these feared toxicities were less than, or as, expected.

Gasson also was concerned about the potential for tissue damage to her skin. She experienced very mild irritation that she described as similar to a slight sunburn. She applied a prescription cream and said the redness faded with time and was never painful.

To protect her heart and lungs, she was instructed to do deep breath holds as the radiation was delivered. This technique, referred to as deep inspiratory breath hold (DIBH), inflates the lungs and moves the heart back, down and away, thus minimizing radiation exposure to the lungs when treating either breast, and to the heart when treating the left breast.

Because UCLA Health has adopted a mounted camera technology to align patient surface anatomy, she also did not have to receive permanent ink tattoo marks which have traditionally been used to align the body in space.

“It’s a reminder of your experience to have those little tattoo marks that are permanent,” Dr. McCloskey said. “There can be an advantage to our Jewish patients as well, who for religious reasons don’t want permanent tattoos.”

During her course of radiation, Gasson was able to work, cook and exercise.

“I can honestly say that I had no fatigue,” she said. “I had absolutely nothing. I felt good.”

Gasson bonded with her radiation therapists so much that on her final appointment she brought magic markers to write messages of thanks to them and Dr. McCloskey on her medical gown. She also rang a bell to celebrate the end of treatment, which is complete other than taking an anti-estrogen medication for five years.

Gasson said she knows that anyone fortunate enough to come to UCLA Health will benefit just as she did from the highest quality of care.

“I knew that my colleagues in the cancer center were just absolutely superb at what they did and I knew about the research they did and the work they did to get new therapies to patients, but I hadn’t really experienced them as physicians,” she said. “It only increased my admiration and respect for them to have been a patient.”