The disease, caused by a fungus, is endemic in California’s Central Valley

UCLA has embarked on ambitious research to better understand the immune response of people with Valley Fever who develop life-threatening symptoms.

The National Institute of Allergy and Infectious Diseases, which is part of the National Institutes of Health, recently awarded UCLA a five-year, $8.4 million grant to launch one of three Coccidioidomycosis Collaborative Research Centers. Coccidioidomycosis is commonly called Valley Fever because the first North American cases were described in the San Joaquin Valley of Central California. 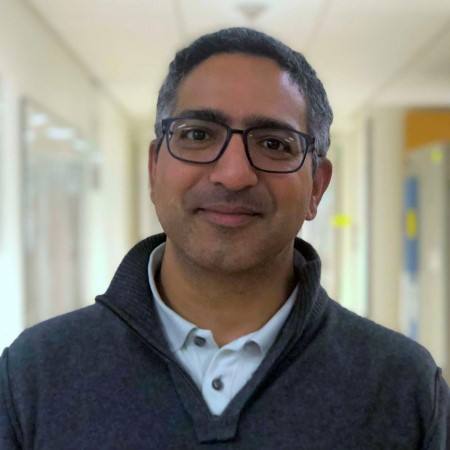 Manish Butte, MD, PhD, the E. Richard Stiehm Professor of Pediatric Allergy, Immunology and Rheumatology at the David Geffen School of Medicine at UCLA and the principal investigator of this new grant, said the goal is to improve diagnosis and treatment by exploring what can go wrong with the immune system’s lines of defense.

Although most people who contract Valley Fever or cocci are asymptomatic or have mild flu-like symptoms, the illness can be fatal if it spreads outside the lungs. That condition is known as disseminated coccidioidomycosis, or DCM. Researchers will also explore the genetic risk factors for developing severe disease.

“We are encouraged that the NIH has put funding into this understudied topic,” said Dr. Butte, who is overseeing a team at UCLA and collaborating with faculty at UC San Diego. “California probably spends around a billion dollars a year taking care of patients with Valley Fever and disseminated disease. But the treatments today resemble those developed in the 1990s, and we still don’t have a good idea which patients will get really sick and which ones will have milder disease.”

Valley Fever is caused by a fungus whose spores inhabit the soils in parts of California and the Southwest.

According to the California Department of Public Health, cases of Valley Fever have been on the rise, tripling from 2014 to 2018. Dr. Butte said there are about 9,000 documented cases a year in California, with 1,500 to 2,000 in Los Angeles County.

In 2019, 190 Californians were diagnosed with disseminated cocci after the illness spread to their skin, bones or brain. The mortality rate is high when the infection spreads beyond the lungs.

Dr. Butte said agricultural workers and construction workers are at high-risk of occupational exposure, but cases have arisen after wind storms or in children playing in the dirt.

Symptoms of Valley Fever include cough, fever, muscle aches, shortness of breath and fatigue. It is not contagious.

Dr. Butte said mild illness is self-resolving or can be treated with antifungal medication, and the treatment can last for a few months. In the cases where the infection spreads beyond the lungs, patients require treatments for years, or for the rest of their lives.

“Once it sets in, this fungus can be hard to beat,” he said. “It’s not a wimpy pathogen.”

Dr. Butte said patients who are pregnant or have suppressed immune systems because of an organ transplant, HIV, rheumatologic drugs or cancer chemotherapy are at higher risk for disseminated disease. Patients with inborn, genetic immune deficiencies have also succumbed to disseminated disease. 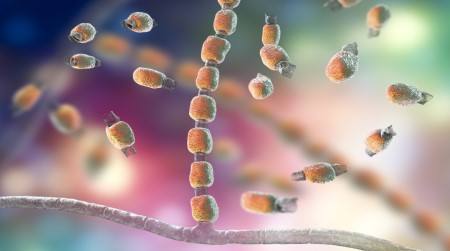 The fungi coccidioides is commonly known as Valley Fever because the first North American cases were described in the San Joaquin Valley of Central California.

What’s most puzzling to clinicians, Dr. Butte said, has been the patients who do not have any obvious risk factor and yet had severe outcomes.

“Those are the ones that motivated me to get into this field,” he said. “They’re really a mystery. What led this child or this adult with an otherwise healthy medical history to get cocci and have it spread and kill them?”

NIH grants also went to researchers at UC San Francisco and University of Texas, San Antonio to establish research centers. Dr. Butte said researchers in Texas are attempting to make a vaccine to prevent Valley Fever. The UCSF team is studying the genes of the coccidioides fungus and how it interacts with the infected host.

Collaborators at UCSD will look at the innate immune response, which is the first line of defense that recognizes when the fungus enters the lungs and mounts the initial response.

“Normally, the innate immune response sends out signals that tell the body there’s a predator,” he said. “One hypothesis is that in some individuals, the alarms are not being sounded properly and therefore the body isn’t mustering up its troops properly.”

Immune evasion, where the pathogen tricks the immune system into making a weak or wrong response, is common in bacterial, viral and fungal infections. Dr. Butte said he thinks the coccidioides fungus tricks the innate immune system into thinking it is fighting a parasite rather than a fungus, which then recruits the wrong cells and runs the wrong cellular programs, allowing the fungus to spread.

In some individuals, this trickery may work better than in others, resulting in more severe disease.

The second research question will examine “adaptive” immune responses, which involves T and B cells. These white blood cells are important for organizing the immune response, remembering infections, and providing long-lasting immunity. Researchers are collecting blood samples from Valley Fever patients with both uncomplicated illness and severe disease to develop a catalog of what is going wrong when T cells respond in disseminated disease.

Dr. Butte said he hopes to collect 100 samples a year with help from his colleagues at the UC Davis Center for Valley Fever and the Valley Fever Institute of Kern Medical Center in Bakersfield.

Dr. Butte said that immunology tools developed during the COVID-19 pandemic will be helpful for finding the specific T cells that attack cocci by identifying the right antigen. Antigens are bits of the fungus or other pathogens that produce an immune response. For instance, Dr. Butte said he was struck by one approach that cleverly identified which antigens of the COVID virus are best recognized by T cells, and he will use a similar approach to identify key antigens of coccidioides fungus.

Identifying the key antigens and the T cells that respond to those antigens will also allow researchers to develop vaccines and track why in some people the T cells aren’t working properly to attack, which can be because they mount the wrong kind of defense.

“We know there are rare mutations of various immune genes that lead to susceptibility,” he said. “We want to find all of them. If you are dying from Valley Fever and you don’t have a known risk factor, there is very likely something genetic going on.”

Lastly, his collaborators at UC San Diego will examine what parts of the coccidioides fungus drive virulence by immune evasion. They will delete parts of the fungal genome to examine which parts are required to establish severe infections.

Studying the immune system could also lead to treatment that boosts the body’s natural defenses, as is now used in immunotherapy for cancer. Dr. Butte said coccidioidomycosis offers a unique opportunity to change the way infections are treated. Instead of just giving more and more antibiotics and antifungals, which have a limited impact once the disease disseminates, his idea is to skew the immune system to overcome immune evasion and fight more effectively.

“This is a whole new way of thinking,” he said. “Can we ask the immune system to fight better?”

In a project unrelated to the NIH grant, UCLA is seeking to run clinical trials of FDA-approved drugs that can prompt the immune system to better fight fungi.

He said his group published a paper in the New England Journal of Medicine in 2020 where they used these medications to cure an otherwise fatal case of disseminated cocci in a 4-year old boy. Dr. Butte said they have subsequently used a similar approach in a few more severe cases of DCM with success.