Where to reach underrepresented students for health care professions? In community colleges “Initially, I never intended on going to college,” says Christopher Soriano, MD, an internal medicine resident at UCLA. “I was a student who had a 1.9 grade point average in high school and I wasn’t really focused on education. I had no guidance. I was just living day by day.”

Dr. Soriano was born and raised in North Long Beach, an area where the median household income is $45,878, while 24% of this area's residents live in poverty. The majority of the population are Latino and Black. 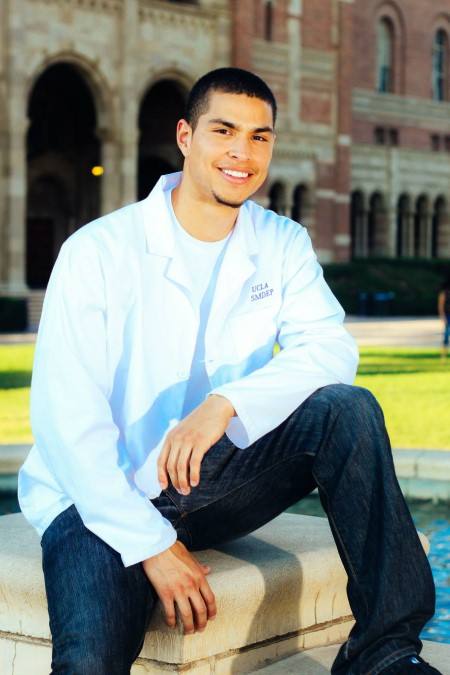 As a first-generation American, he says it felt like he and his two older brothers were navigating uncharted waters – from culture and Spanish as their first language, to learning the education system on their own. “We surpassed our parents' education when we entered the sixth grade,” he says.

In his neighborhood, it was tough to steer clear of gang influences. “We were no stranger to gunshots, needles in the streets, losing friends before (age) 21, the whole thing,” he says.

At the time, Dr. Soriano’s then-girlfriend was attending college. She encouraged him to apply.

“She told me that my parents deserved better and that they didn’t work this hard for me to not seek the American dream – so, I went to community college,” he says.

Dr. Soriano enrolled at Long Beach City College and after a year of schooling, he met with an academic counselor.

“I told him how I knew some of the early deaths in my family were from preventable diseases, like cirrhosis from alcoholism and heart disease. I talked about being in and out of the hospital with family for various reasons and he mentioned MEDPEP and handed me a flier,” Dr. Soriano recalls.

Médicos, Enfermeros y Dentistas Para El Pueblo (MEDPEP) is a year-long preparation and educational pipeline program for low-income Latino and other underrepresented minority (URM) students in community college; it supports their transition to four-year colleges and health profession programs. The program was created in 2002 by David E. Hayes-Bautista, PhD, distinguished professor of medicine and the director of the Center for the Study of Latino Health and Culture (CESLAC) at UCLA.

From Bakersfield College to San Diego City College, MEDPEP is helping to provide non-traditional students with resources that lead to roles in health care.

“I think I was the only person to take (the counselor) up on this opportunity,” Dr. Soriano says.

He showed up to UCLA on a Saturday for the annual MEDPEP Pre-Health Conference. “There were a panel of Latino physicians, including Dr. Efrain Talamontes, who's been one of my mentors to this day.”

The catalyst for Dr. Soriano was the panel that featured people just like him – people who, in his eyes, had “made it” and were doing important work for their communities.

After the conference, Dr. Soriano continued with the MEDPEP program. He learned tips on how to study more effectively and brought his grades up from Bs and Cs to straight As. He was paired with a mentor a few years his senior who helped him battle imposter syndrome and helped to instill motivation in him.

After three years at Long Beach City College, Dr. Soriano transferred to UCLA, where he majored in microbiology, immunology and molecular genetics.

“MEDPEP plugged me in with the Summer Medical and Dental Education Program (SHPEP) here at UCLA. I spent a summer networking with the program directors at UCLA and became interested in the PRIME five-year degree program.”

The PRIME-LA program at the David Geffen School of Medicine at UCLA is a five-year concurrent/dual degree program that focuses on the development of leaders in medicine, addressing policy, care and research in health care for the underserved.

Dr. Soriano was accepted to the program, but decided to attend UC Davis, where he could finish medical school in three years. In June 2021, he graduated and accepted a residency at UCLA, where he could be closer to his fiancée and family.

He also introduced his 19-year-old brother-in-law to MEDPEP. “He's on the path and in 10 years time, I'm sure he'll be right where I am,” Dr. Soriano says.

Mentorship is something Dr. Soriano has remained very passionate about.

“I've mentored a bunch of students in pre-med. I have students right now that are interviewing for medical school, including here and at UC Davis,” he says.

He’s helping them prepare with mock interviews and ways to improve their personal statements.

For young people similar to Dr. Soriano – who may not know if college is for them – his advice is to find a mentor that’s one, two or 10 years ahead in school or their careers to talk to about their experiences and the programs that helped them.

“These programs are made for you; you just have to find it,” he says. 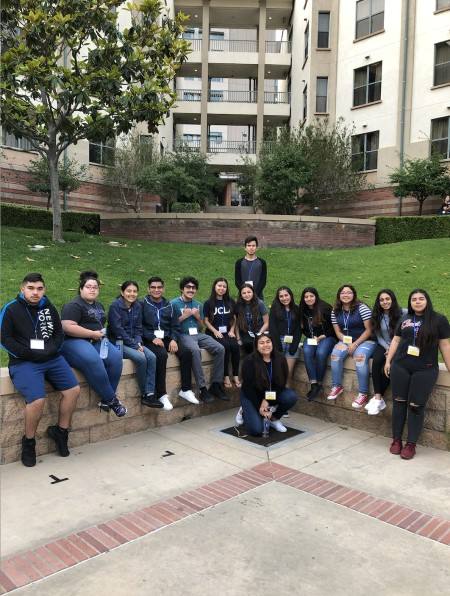 “Students have a greater sense of belonging when mentored by peers whose experiential knowledge has inspired their career trajectory,” she says. “The opportunity to build their network and share collective experiences ultimately contributes to building a diverse and competent workforce.”

The DGSOM Community Engagement Program is expanding opportunities for students enrolled in community college, including mentorship and workshop sessions through program partnerships.

Those efforts include a partnership with the UCLA Center for Prehospital Care, which will bring mentorship and support to aspiring EMTs.

UCLA also expanded on a long-standing partnership with Los Angeles Mission College (LAMC), one of the nine colleges in the Los Angeles Community College District (LACCD).

“This allows students to explore health care careers without paying for tuition and the opportunity to have some career training such as the Health Occupations Certificate. UCLA Health Talent Management has supported the Community Engagement team to provide job readiness training as part of this program, with courses offered at LAMC.”

To learn more about MEDPEP and other community partnerships, including opportunities to mentor, volunteer or donate, email communityengagement@mednet.ucla.edu